A taste of France - Jack's sauce is a hit

Bon appétit! It’s a little taste of northern France that is sweeping across Shropshire and beyond. 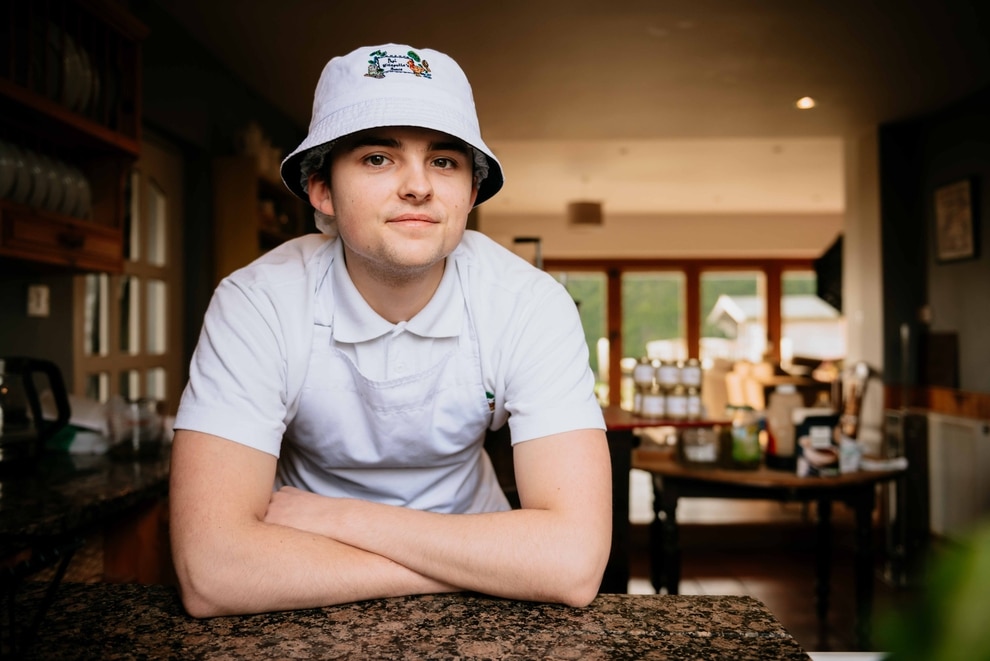 Jack Willepotte has brought his grandfather's table sauce to Shropshire 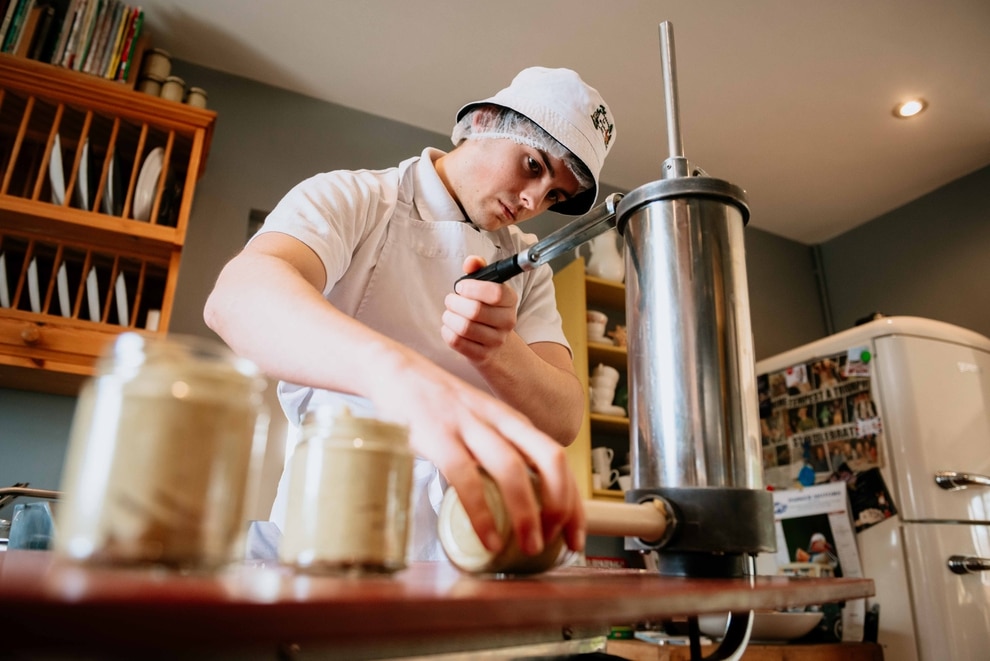 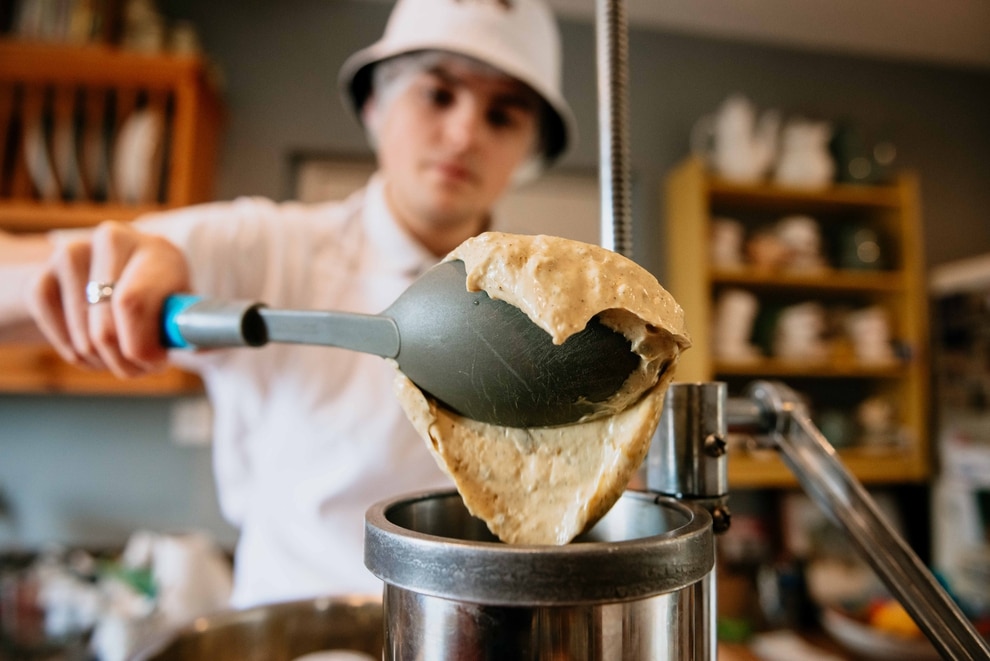 The sauce was first made by Jack's grandfather Raymond in Lille, France, in the 1960s His grandfather Raymond began making Papi Willepotte’s Sauce in his butchers shop in Lille, France in the 1960s and later at home with his grandmother Gabrielle.

The mild, savoury table sauce proved so popular with his customers that at his busiest Raymond was making as much as 500kg a week

He stopped selling it when he retired in 2000 and because none of his three sons wanted to continue the family business the recipe was returned to the kitchen drawer – although the sauce continued to make a welcome appearance at family gatherings.

A few years ago Jack, who lives in Middleton Priors, near Bridgnorth, and grew up enjoying the condiment, decided he was going to resurrect his grandfather’s much-loved recipe.

He wanted to give fellow Salopians the chance to taste it for the first time, and now he’s keeping the family tradition alive by making and selling jars of the sauce across the county as well as further afield.

“I describe it as a French tangy mayonnaise with a bit of a kick.

“It’s not as strong as mustard but it’s not as boring as plain mayonnaise,” said the former Oldbury Wells School pupil.

“It’s different to all the other sauces available in the UK. I’ve never tasted anything like it.

“We always had the sauce at family events and whenever we saw my grandfather we would bring loads home with us,” added Jack, who also runs a crêperie business.

After being gifted the recipe, which remains a closely guarded secret, by his grandfather, the 19-year-old spent several months honing his skills in the kitchen.

Jack, who gained his food safety certificate in 2016, also adapted the recipe slightly to account for British tastes, such as reducing the salt content.

“It took me a while to get to the point where I could make it consistently. We spent three or four months altering the recipe and getting friends and family to try it. None of the ingredients have changed or the way it’s made, we’ve changed some of the quantities,” he told Weekend.

These are then sold at farm shops and food centres around Shropshire and South Staffordshire, and the condiment is also served up in restaurants including Peepo in Bridgnorth, where diners have been able to enjoy it alongside a black pudding Scotch egg.

The teenager also hosts taster sessions at several locations around the area, such as Apley Farm Shop, to encourage people who haven’t tried it before to give his sauce a go.

Jack, who enjoys eating the condiment with everything from roasted vegetables to burgers, says he’s been delighted with the response from customers since he began making and selling the sauce.

It’s also proven a huge hit with visitors to events including Burwarton Show and the Halfpenny Green Wine Estate Wine and Food Festival.

One of the beauties of Papi Willepotte sauce, according to Jack, is it’s versatility, and he believes it goes well on the side or as part of a wide range of meat and fish dishes. He says many of his grandfather’s customers would use the sauce to make steak tartare, but in Shropshire it’s been used to add extra flavour to dishes such as mashed potato and roast chicken.

“A lot of people have it in creamy mashed potato or mixed in with pasta. It goes well with Scotch eggs, pork pies and cold meats as well as burgers. People are always coming up with new things to try it with that I’ve never even thought of,” said Jack.

He also posts serving suggestions on his Facebook page, such as having it with turkey sandwiches and steak and chips, as well as recipes for dishes people can make using the sauce, including sticky glazed gammon and Papi Willepotte’s stuffed chicken.

As well as enjoying the process of producing his sauce, which is made from natural ingredients and free range eggs, Jack said he also likes meeting and chatting to his customers. “I enjoy going to different events and meeting new people and telling them about the history of the sauce.

“I like meeting the stockists who sell the sauce,” he told Weekend.

So does his grandfather approve of Jack’s version of his favourite sauce? “He always says it’s not as good as his but he does like it. My family all like my sauce.

“It’s something completely different to all the other sauces people have tasted, and it goes with a wide of range of things. I’ve seen very young children try it and love it and elderly people.

I’ve never had anyone say they hate it, people seem to really love it,” said Jack. My grandfather is very proud of the sauce so it’s nice to show him that the English like it too,” he added.