Walsall and Great Barr trio Hybrid Spirits are back with an EP.

Following on from the release of last year's debut record Astral Whispers, this sophomore collection could not be more different from the atmospherics last time around.

The former Unsigned column stars have given us 4.5 new tracks - one is an extended remix of itself - with the kind of engine growl that would make Nine Inch Nails fans feel slightly aroused.

It's dark and brooding. Whereas the vast emptiness of space was prevalent throughout their clever and inventive album, this feels close, claustrophobic and altogether menacing. It's gritty. It's gloomy. And the dark, spoken vocals of Nigel Rooke are almost condemning.

None more so than on the strangling feeling of Substance. One can only listen to this and be reminded of the New Order and Joy Division compilations of the same name. Rooke's vocals sound more than a little like Bernard Sumner's and the rising and falling electronics and guitar riffs are akin to the confined nature of both of these British pioneers' sounds.

There's a little more hopefulness at times in I Want The Darkness To Come - despite its title. That reverberating beep sounds like a satellite signal travelling across the ether seeking signs of life. While the soft, whispering, high-pitched vocals of Voodoo Jade are an altogether different prospect to the deep vocals produced by Rooke.

War Machine is arguably the highlight here, although IWTDTC pushes it close. On this slowed down number, we are almost in Nick Cave territory at times as the dank, swampy notes swirl around us. And when Paul Kirk's guitars kick in two thirds of the way through we have a scintillating builder of a segment that stirs up the adrenaline as the titular war feels like its coming straight towards you.

Both versions of title track Fear (the original mix and Subliminal Mix) have more than a hint of both Laibach and Rob Zombie in them - particular those thumping beats. While perhaps both versions aren't necessary, there is a lot there to satisfy.

The adverts for the upcoming BBC adaptation of War Of The Worlds have begun airing. If they don't halt production to shoehorn some of this music in there then they have missed a trick.

The Fear EP is available to listen to via Hybrid Spirits' Spotify and Bandcamp pages, while it can also be accessed through their website. 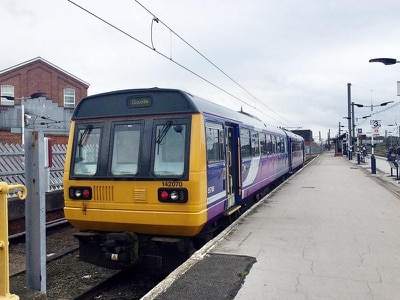 Nicky Morgan confirms she will stand down from Cabinet in reshuffle