Berlin, Hamburg, Munich, Cologne and Frankfurt are usually the first places tourists consider when planning a city break to Germany. 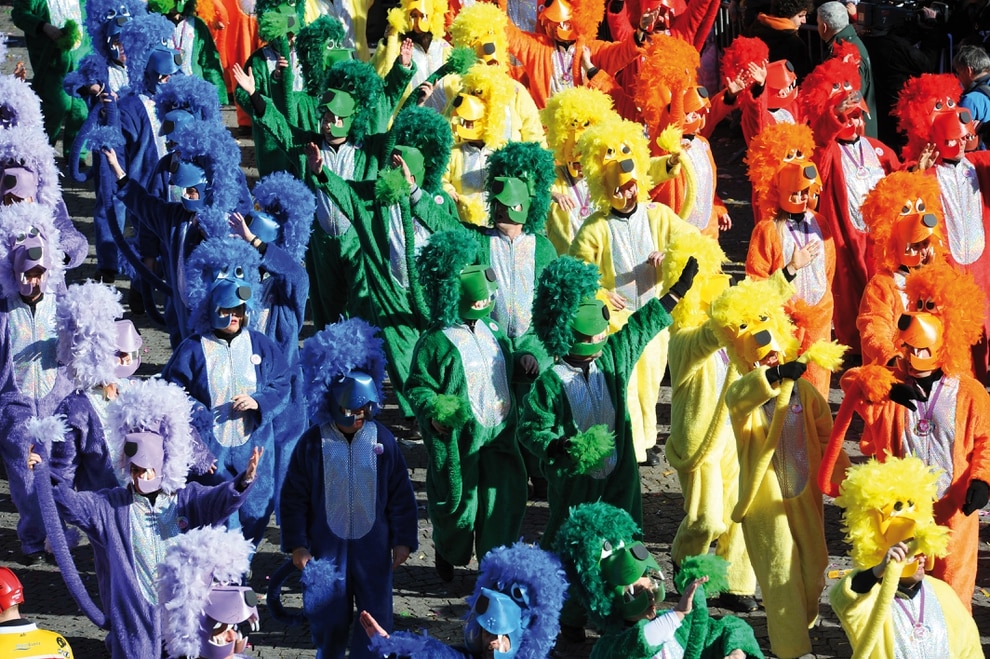 Colourful costumes during the annual carnival 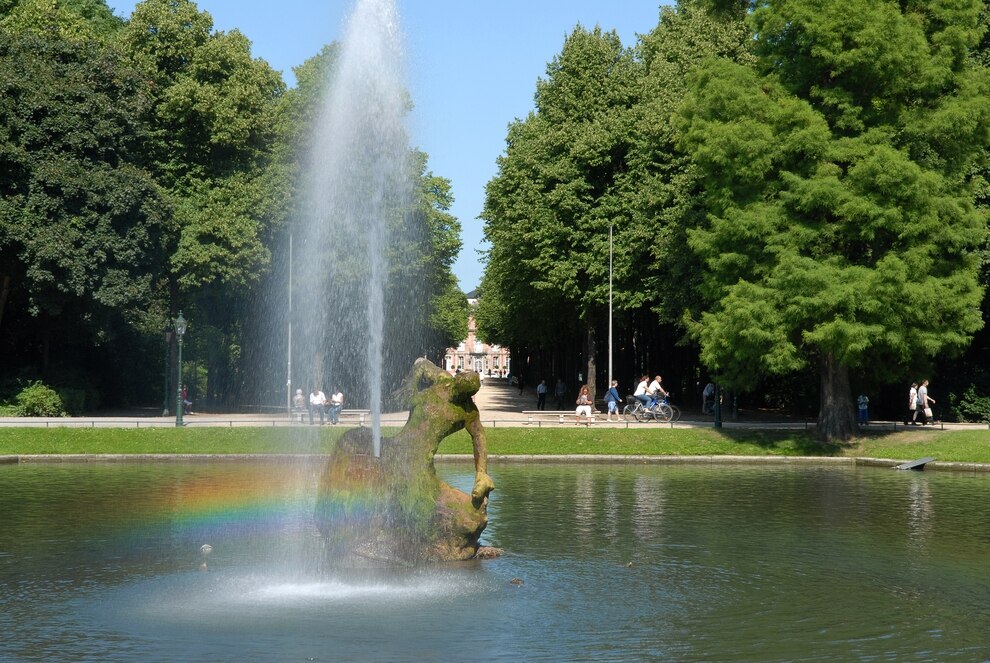 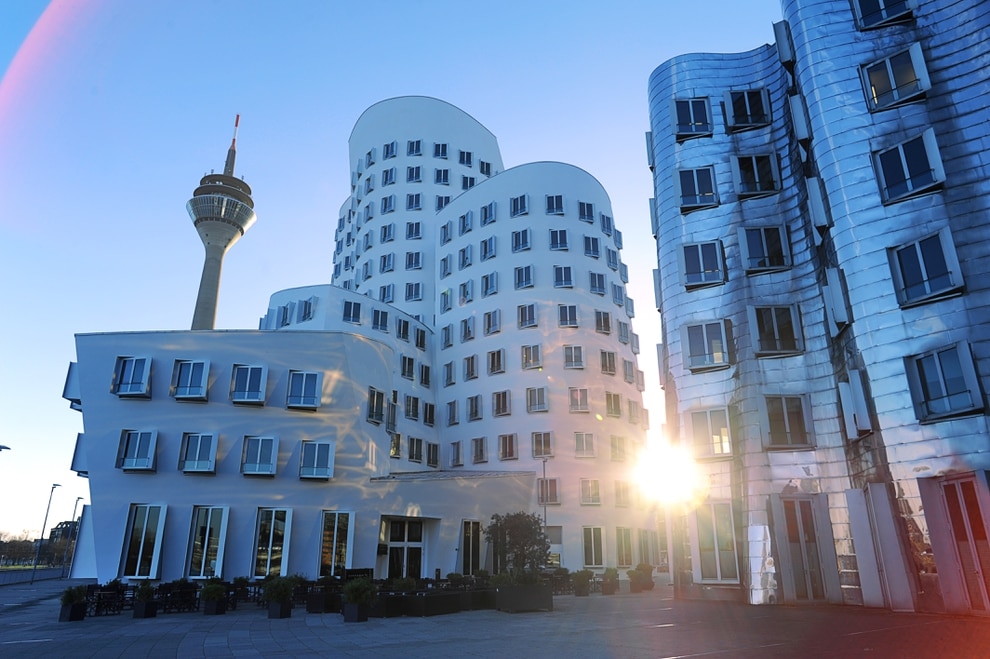 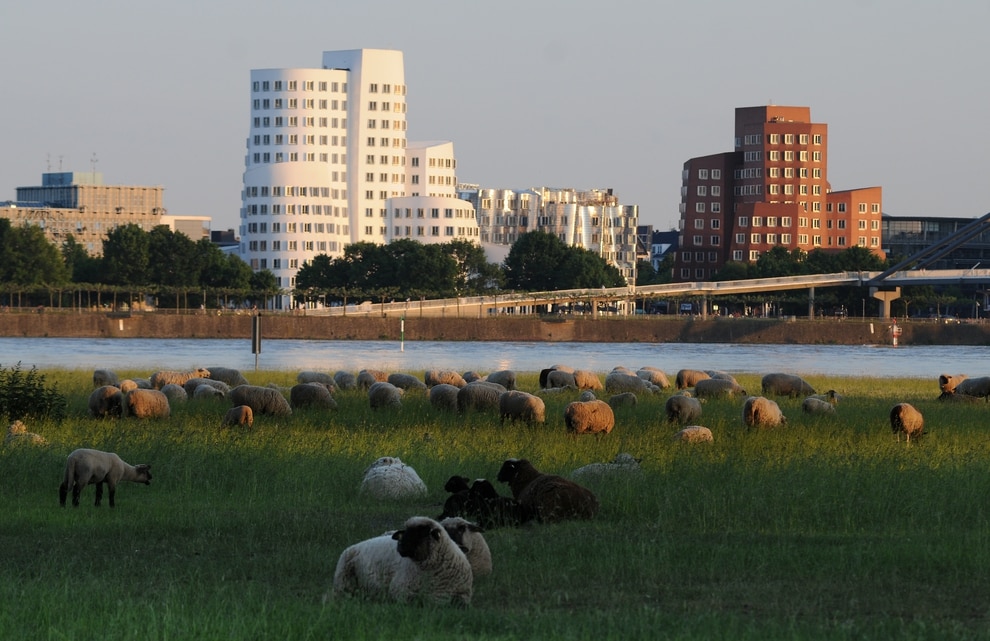 Meadows on the west side of the Rhine 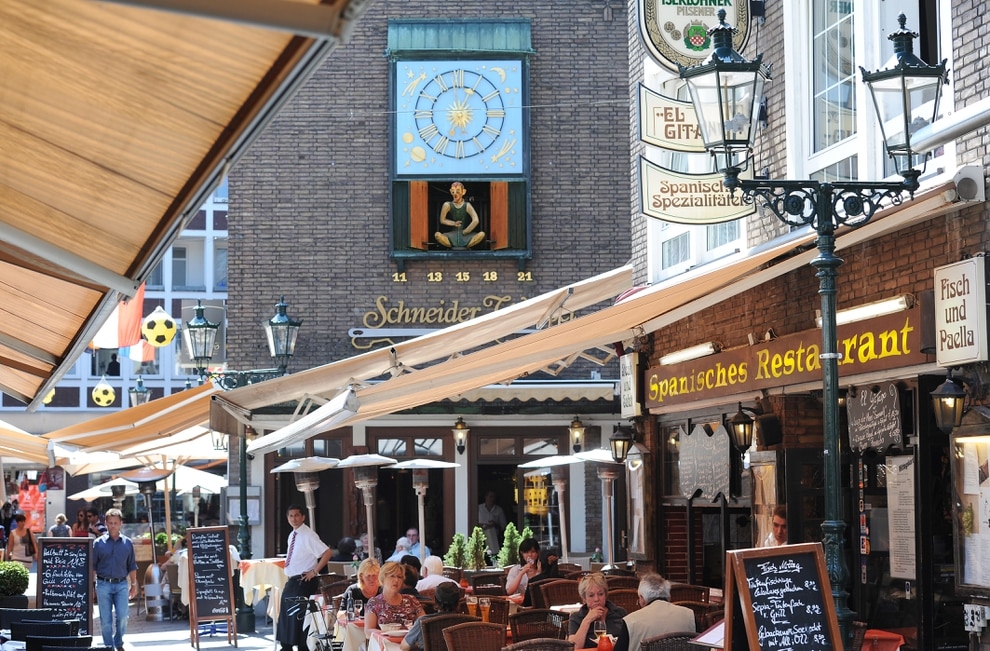 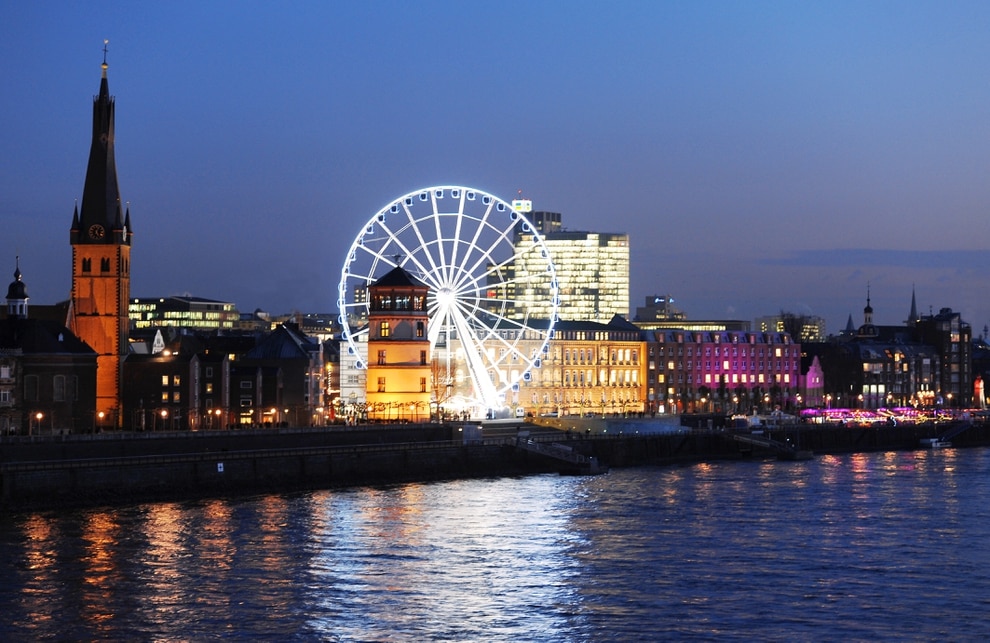 I'd imagine even for relatively well travelled folk, Düsseldorf isn't top of the list of places they'll go this summer, but it shouldn't be overlooked.

So what does it offer? In short, it's an intriguing city, which has the ‘longest bar in the world’ with a thriving night life, good food and a friendly middle class population despite being Germany’s most industrial state.

I travelled on a short, comfortable flight from Bristol airport via BMI, the airport provides ample parking and is less expensive than many other major UK city airports, so if you don't mind travelling to fly, I'd advise looking into flying from Bristol as a cheaper alternative.

During my three day trip, the weather in the western German city wasn't much different to the UK's, with hazy sunshine occasionally breaking through the clouds.

I stayed in the very classy and spacious four-star Maritim Hotel – housing multiple function rooms, sushi bars and luxurious suites – the hotel's aimed at professionals, looking to set-up meeting's whilst passing through the wealthy city.

However, anyone using it for any other reason won't be disappointed either as it's very conveniently situated directly outside Düsseldorf Airport and a short walk away from the speedy S-Bahn railway, which takes you into the main part of the city in about a quarter of an hour.

Culturally, Düsseldorf has rich offerings, highlighted through a guided tour of the Altstadt, aka the Old Town.

Old it is, as in the Altstadt, St Lambertus Church and Schlossturm have both stood the test of time, dating back to the 13th century and the cobbled lanes sitting in-between the thriving city give a hint of life to back when the market square was first formed in the 1300s.

The city is divided by the Rhine River and I, along with most other tourists in Düsseldorf, remained on the east side of the river during my stay as modern commercial developments dominate the majority of the west side.

Anyone spending any amount of time in the city will come to notice the symbol of cartwheels in shop windows, on monuments, drain covers, packaging – just about everywhere you look.

The significance of the cartwheel is supposed to stem from when children cartwheeled in celebration following the end of the bloody Battle of Worringen, although like many stories dating back nearly 1,000 years, it’s hard to count on their accuracy.

Visitors may also notice the large number of Japanese people in the city. I was surprised to find these weren’t fellow tourists, but in fact settlers as Düsseldorf has the third largest population of Japanese people in Europe due the city having strong economic links with the Asian country and many Japanese banks and corporations have their European headquarters in Düsseldorf because of this.

Personally I don’t like to re-visit cities, however an exception would be made in the case of Düsseldorf, to experience its biggest cultural event – the Karneval.

I was told by my tour guide that it is also referred to as the ‘fifth season’ by locals and peculiarly starts on 11 November at 11:11 a.m every year.

The very conformist feeling city allegedly loses all inhibitions over the winter months, as it enters festival season with huge parades running through the streets, as hundreds of events are held before concluding on Ash Wednesday.

Now onto the important items – food and drink.

I’m a huge fan of Bavarian food, so I was delighted with the volume of thriving restaurants and street food vendors to choose from and there was refreshingly no room for hordes of fast foods restaurants.

There was rich range of food to choose from, with sauerkraut a firm favourite and was often accompanied by popular complimentary condiment ABB mustard, which is a milder than English mustard and a fine addition to most savoury dishes.

If the ABB brand of mustard sounds familiar, that could be due to it being immortalised in Vincent’ van Gogh’s Still Life with Bottles and Earthenware painting.

Although there was an abundance of beer being consumed by just about everyone, the city's official drink is the very Germanic sounding Killepitsch.

The story goes the blood red herb liqueur was the invented by two good friends in an air raid shelter in the Second World War.

Hans Müller-Schlösser, who was famous for creating the comedy play Wibbel the Tailor, and his friend Willi Busch, who was a brewer, were in the shelter together during a particularly bad bombing and with a hint of gallows humour, Mr Busch promised he'd brew a new drink (pitsch),called Killepitsch should they survive. Sure enough he did and it has since become a firm favourite with locals

It may seem a somewhat macabre tale, but it is cheerful in the context of the city's long history of conflict, beginning in the 13th century with a bloody power struggle between the powerful Archbishop of Cologne and the Berg nobility, culminating in the battle of Worringen which saw thousands of deaths.

But it was the during the 20th century the city suffered the most as the First World War and the Great Depression hit the area hard and during the Second World War the city was transformed into a heap of rubble as round-the-clock air attacks struck.

In the spring of 1945, a seven week-long bombardment destroyed about half of the residential and industrial areas, claiming thousands of civilian casualties in the process.

Out of its darkest hour came a slice of luck however, as in 1946 it was named the capital of the newly created county of Nordrhein-Westfalia, by the British who occupied the Rhineland and Westfalia and fast reconstruction of the city ensued.

As a consequence of this speedy rebuild, the city’s landscape remains somewhat uninspiring, with an array of grey tower blocks, offset with the occasional design from the likes of Frank O. Gehry who made a series of curved buildings – which although may require architectural genius – simply don’t compare to the landscapes of cities in neighbouring countries.

As part of the city’s rebuild, a strong finance sector developed, art community’s have thrived, but most of all the night-life has remained the constant pulse of the city.

As you might expect, beer is a firm favourite, especially down what is billed as 'the longest bar in the world'.

The strip houses countless bars and proves very popular amongst Germans, with many travelling across the country to take a weekend in the city and I lost count of the amount of hen parties and stag do's making their way through the Old Town.

The town is active right through to the early hours of the morning, with drinkers filling the streets, regular topped up by the ever eager and humorous waiters, who keep refilling your drink until put a beer mat on top of your glass to signal you require the bill.

All in all it was a thoroughly enjoyable few days in a city which is full of quirks, anomalies and surprises – anyone looking for a fun city break, should look no further than Düsseldorf.

Bmi regional flies once daily on Mondays, Wednesdays and Sundays to Dusseldorf and twice daily on Tuesdays and Thursdays. Fares on the route cost from £84. All fares are inclusive of 23kg hold luggage, complimentary in-flight drinks and snacks, allocated seating, dedicated manned check-ins and speedy 30 minute check-ins. For more information go to www.flybmi.com or call 0330 333 7998.

Maritim Hotel Dusseldorf offers room rates from Euro 170.05 per night. Located next to Dusseldorf airport, the hotel offers direct access to the terminal. It holds 533 rooms, including 27 Junior suites, 10 Master suites and 1 Presidential Suite. As well as an exclusive wellness area featuring a pool, sauna and steam bath, it features multiple restaurants inlcuding the Classico, The Bottaccio Bistro, The Rheinische Stov and SushiSho - a sushi bar. For more information go to www.maritim.com.

Tears For Fears talks ahead of their gig at Arena Birmingham