“It’s one hell of a step you’re taking, Lizzie,” her brother Mark tells her at the start of this glorious farce. Thereafter Alan Ayckbourn has his five characters taking countless steps between the three floors of a creaky old house while also tumbling into life-changing steps, though we suspect Lizzie herself will end up right back where she started. 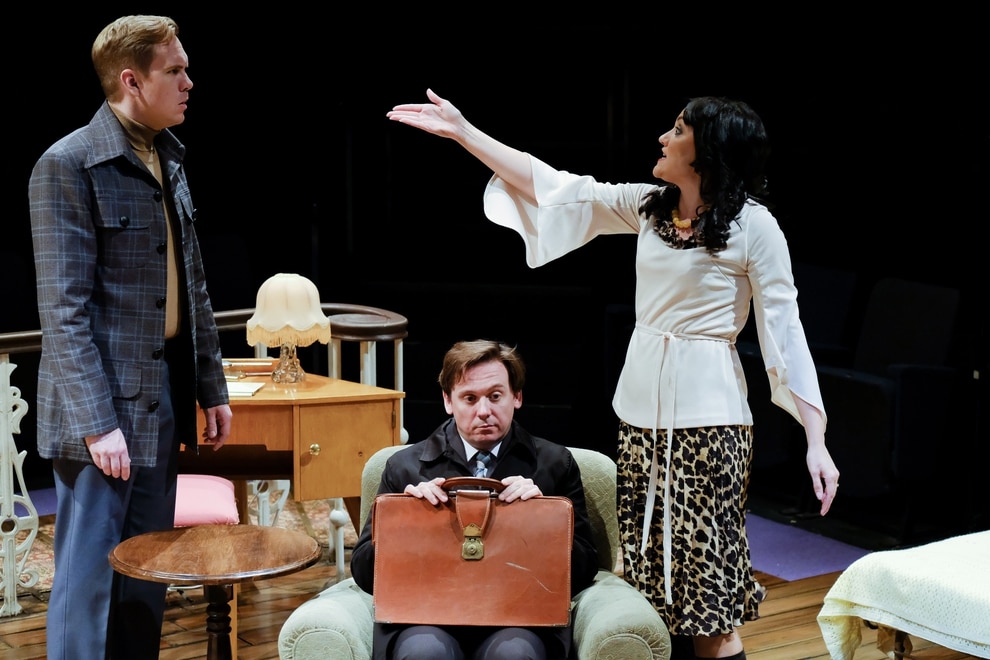 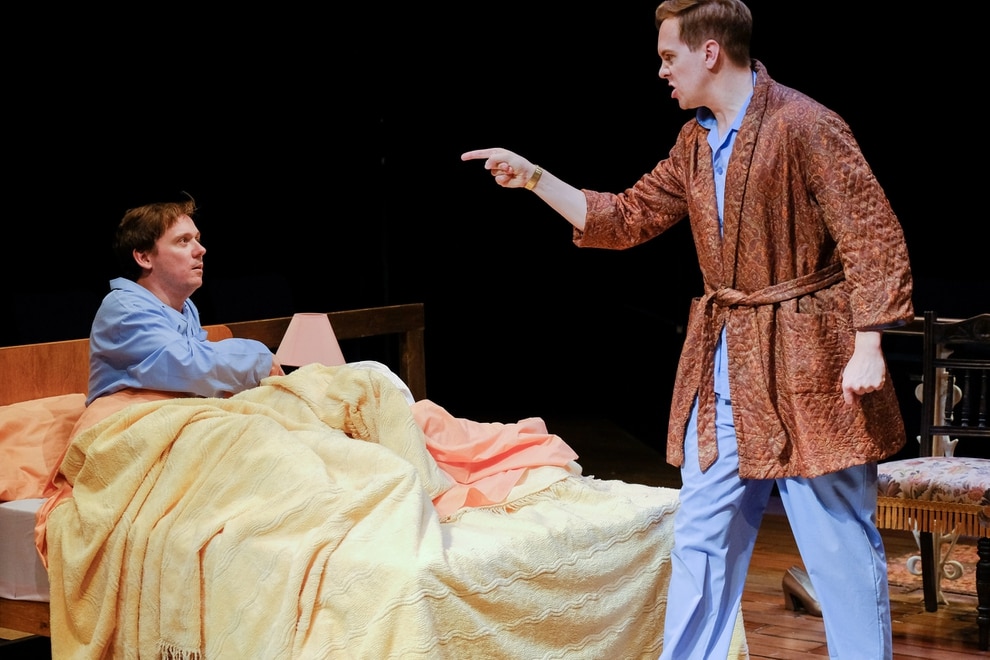 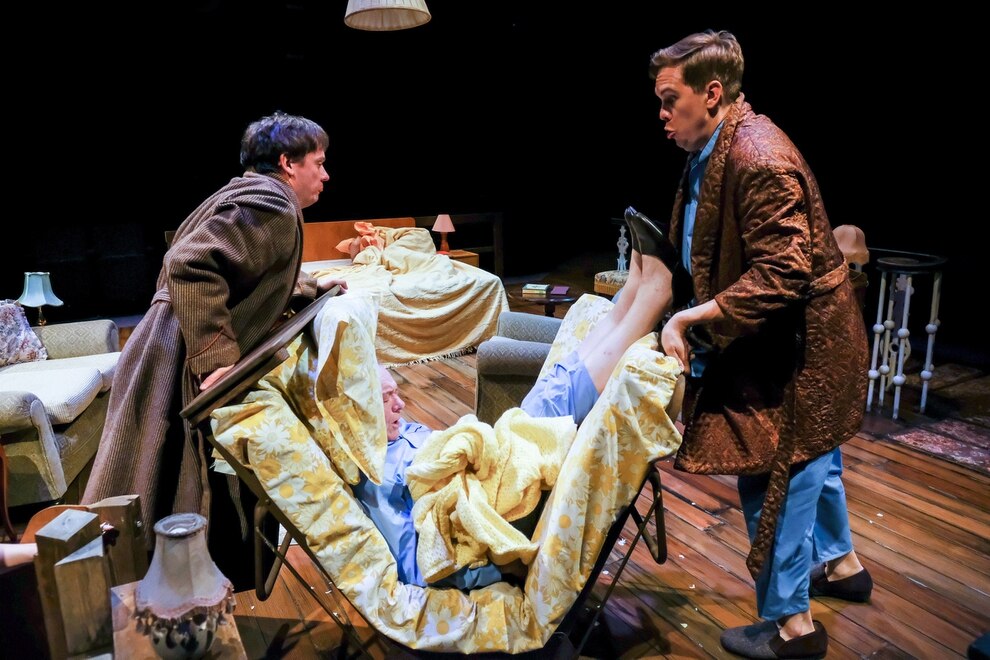 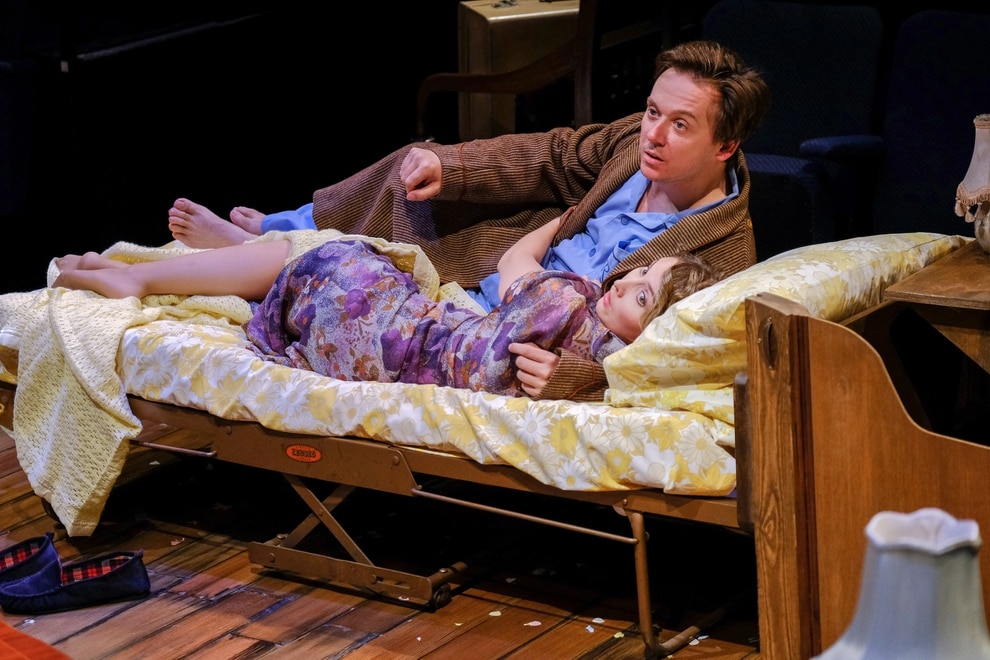 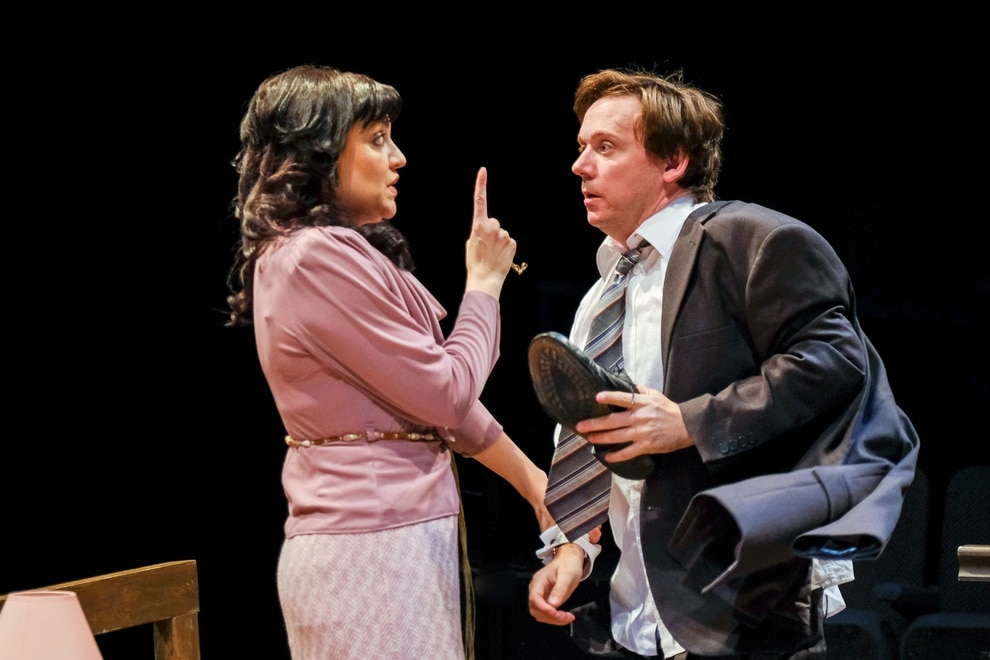 The clever conceit is that all three floors are played on the same level space. The small stage is a jumble of chairs, sofa, beds, and staircase railings. The play is so brilliantly crafted that we buy into this very quickly and as soon as we’ve got the lay-out of the house in our heads, Ayckbourn starts to have fun with us.

So when Lizzie stands head to head with Mark and insists “Nobody is going to stand between me and my freedom,” they are divided by bumbling solicitor Tristram, clutching the contract for the purchase of the house, who we know is actually in the drawing room beneath them.

Throw in two Dear John letters, opened at the wrong time by the wrong people, a bottle of sleeping pills, and the legend of a murdered ‘scarlet woman’ who returns as a ghost to sleep with guests and then extract her revenge at dawn, and you’ve got enough plot twists to raise the (leaking) roof with laughter.

It’s arguable who is the poorest talker: dithering Kitty who barely says a word, Mark whose monologues are so boring he puts his listener to sleep, or well-meaning Tristram who mashes up the simplest sentences.

In Ayckbourn’s hands they speak wonders. When Tristram finds that the ‘scarlet lady’ has come to him in the night he is speechless with fear and taps out an SOS on the bedroom floor. The mess he makes of it makes me chuckle again even as I write this review.

In a rare moment of fluency he manages to sit up in bed and say “Dear God, thank you for a wonderful night.” I couldn’t have said it better myself.

Written in 1979, this revival is directed by Ayckbourn himself. He is well served by a cast who master together the physical demands and deliver individually some fine characterisations.

Louise Shuttleworth’s scene in which Lizzie finally demonstrates her art as a dancer is priceless – she captures perfectly the earnest concentration of a five-year-old in ballet school.

Russell Dixon as her husband Roland commands attention whether he is soft-soaping, coarsely threatening, or collapsing in tears. Antony Eden as Tristram has us rooting for him at his most hilariously hopeless, even as Laurence Pears’ Mark manages in the end to bore himself to sleep.

What steps could the UK take to deal with coronavirus cases?