Di and Viv and Rose, The New Vic, Newcastle-under-Lyme - review with pictures

As major themes for contemporary theatre go, ‘the ardour of female friendship’ doesn’t seem like an obvious winner. But as Viv insists in this very funny, moving, and endearingly human play, “how you say what you say is just as important as what you say.” 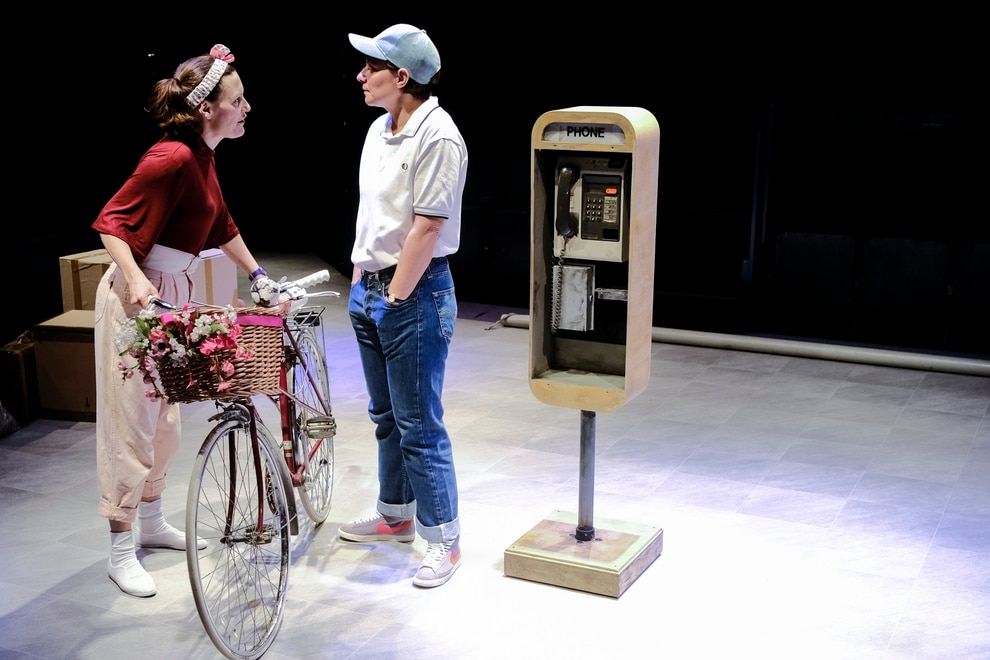 Margaret Cabourn-Smith as Rose and Polly Lister as Di. Photo by: Tony Bartholemew 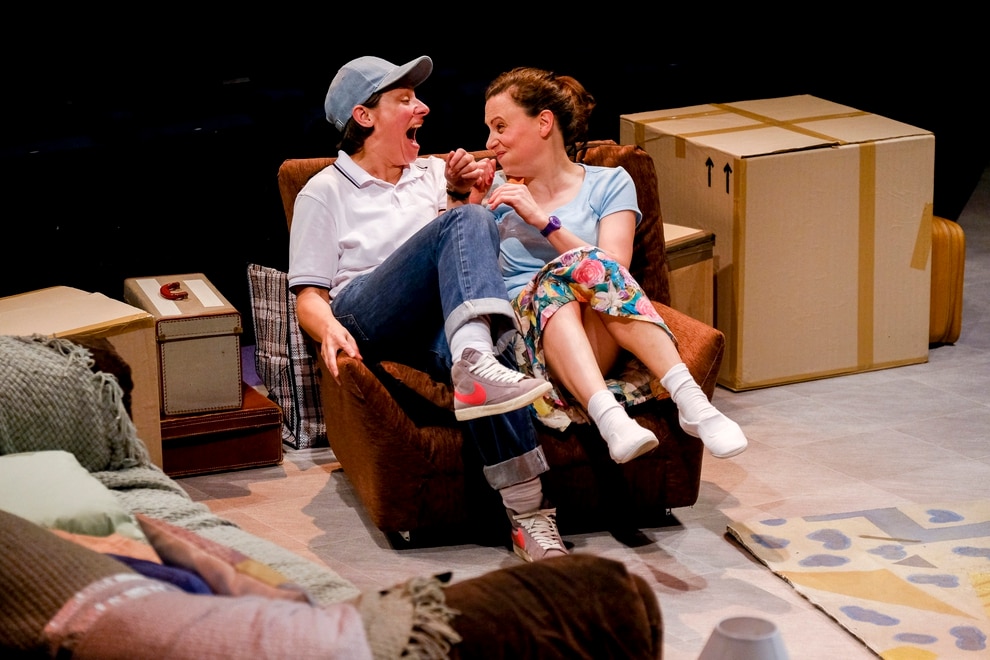 Polly Lister as Di and Margaret Cabourn-Smith as Rose. Photos by: Tony Bartholemew 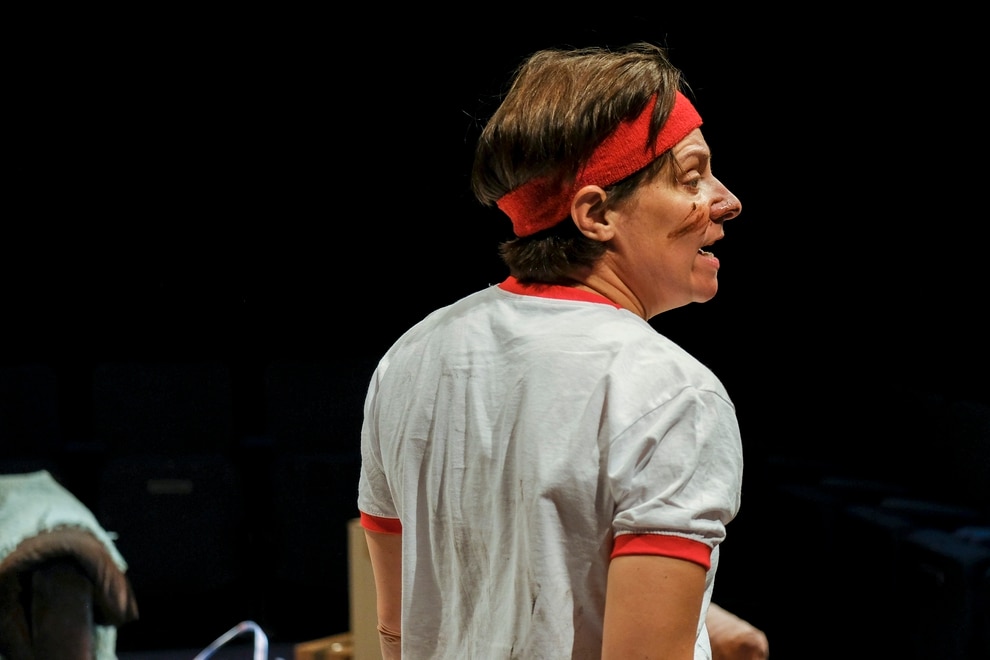 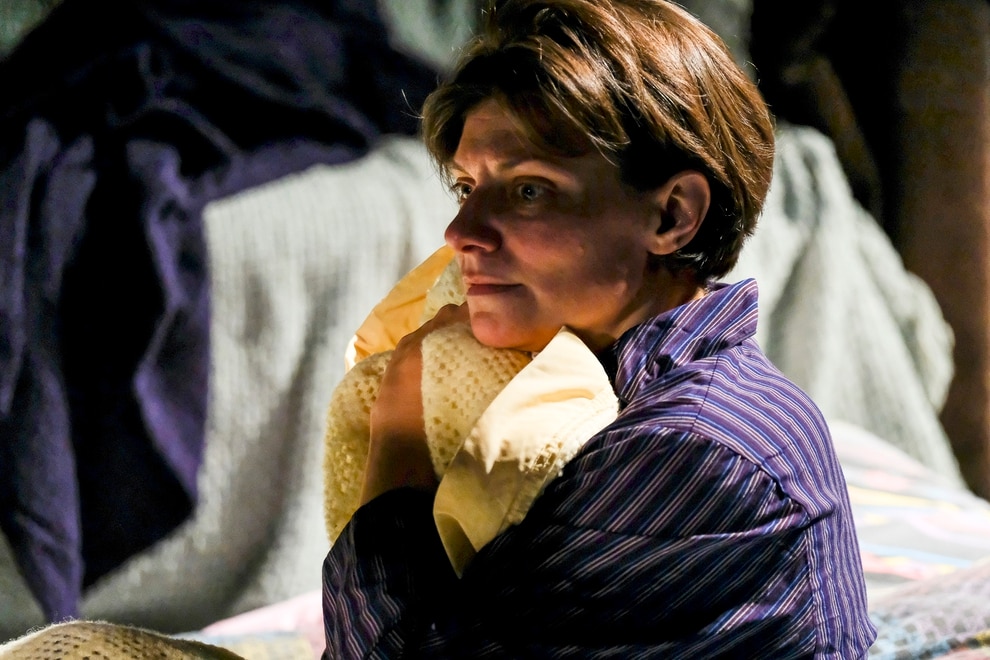 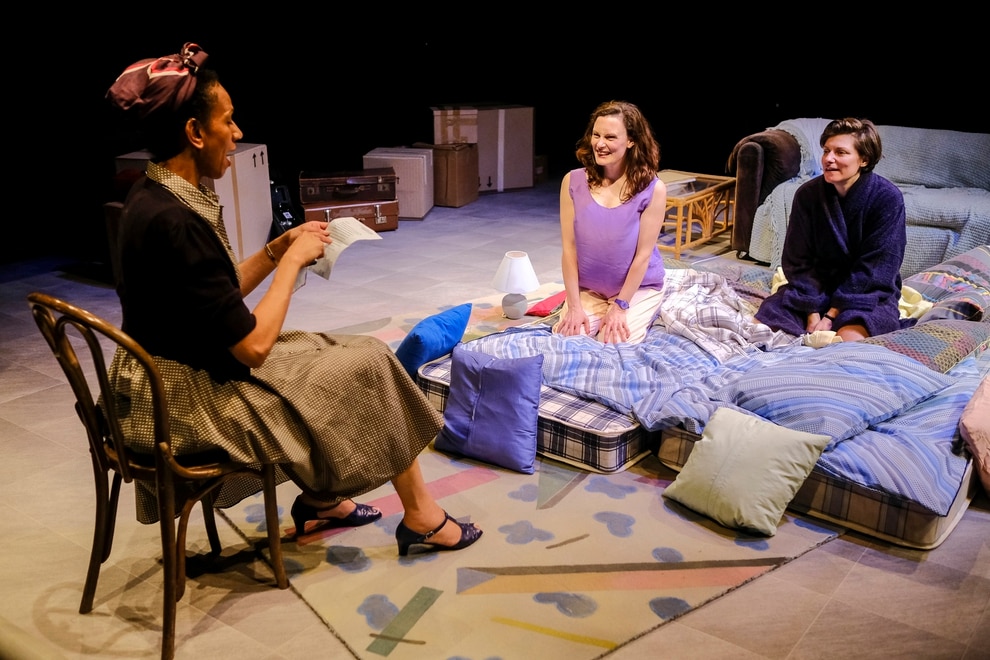 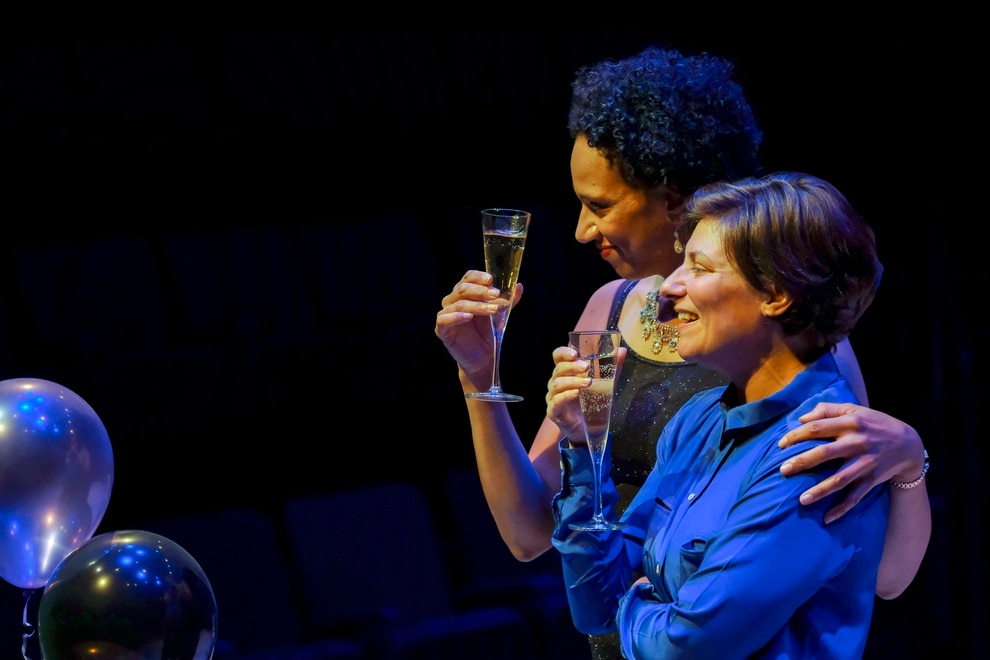 Grace Cookey-Gam as Viv and Polly Lister as Di. Photos by: Tony Bartholemew

Playwright Amelia Bullmore does indeed have perceptive things to say about qualities of friendship and how they mature over time. But it is the beautifully crafted way she says them as she introduces her characters to each other and then steers them almost as a unit through one incident after another that makes for such an entertaining drama.

I noticed several female-only rows in the audience around me and a quick calculation suggested that women outnumbered men three to one. But if the title and promotional materials create the impression this is some kind of theatrical chick-lit, nothing could be further from the truth.

Far from being frothy and forgettable, Di and Viv and Rose work their way under your skin and once there continue to surprise you. There is nothing trite or predictable in the storytelling and once the set up was accomplished I had little idea from scene to scene what was going to happen next.

That set up happens at a northern university, where three disparate eighteen-year-olds meet in 1986 and subsequently share a house together.

Rose played by Margaret Cabourn-Smith is a kind-hearted innocent from down south. She’s studying art history (not too seriously) and thoroughly enjoying herself (and boys – eight of them in three weeks despite her innocence: “I’m learning by doing”).

Viv played by Grace Cookey-Gam is the personally-reserved thinker studying sociology. She knows what she wants and she’s focussed on getting it – a first class degree and an academic career launched by her feminist critique of the corset.

Di played by Polly Lister is reading business studies and playing netball, hockey, and football. She sits at the lesbian table in the canteen.

All three actors are adept at making their characters real for the audience, while showing us how they gradually, with bumps and starts, become a unit. As Di says “at that period of life, the way you shoot up is contingent on the people shooting up around you.”

Cabourn-Smith’s role feeds the comic pace, and she delivers it with a winning naiveté that is hugely attractive. Cookey-Gam has perhaps the harder job of defending herself when friendship faces dramatic confrontation. Lister is superb at showing us Di’s unlikely vulnerability, never more so than when friendships are buffeted, or at risk of withering over time.

That time takes us from 1986 to 2010 in the second act. Time for some of the punches life inevitably delivers – to the enduring friendships these three and director Lotte Wakeham have demonstrated on stage, and to the emotions of an audience which has become so engaged with them.

Di and Viv and Rose runs at The New Vic theatre until Saturday, September 9.