Having only just turned 30, Drew Roper has worked with Disney, Tim Burton, Sky TV, Coca Cola and he owns his own studio right here in the West Midlands. Drew pictured with his own creation Bartholomew Yogart 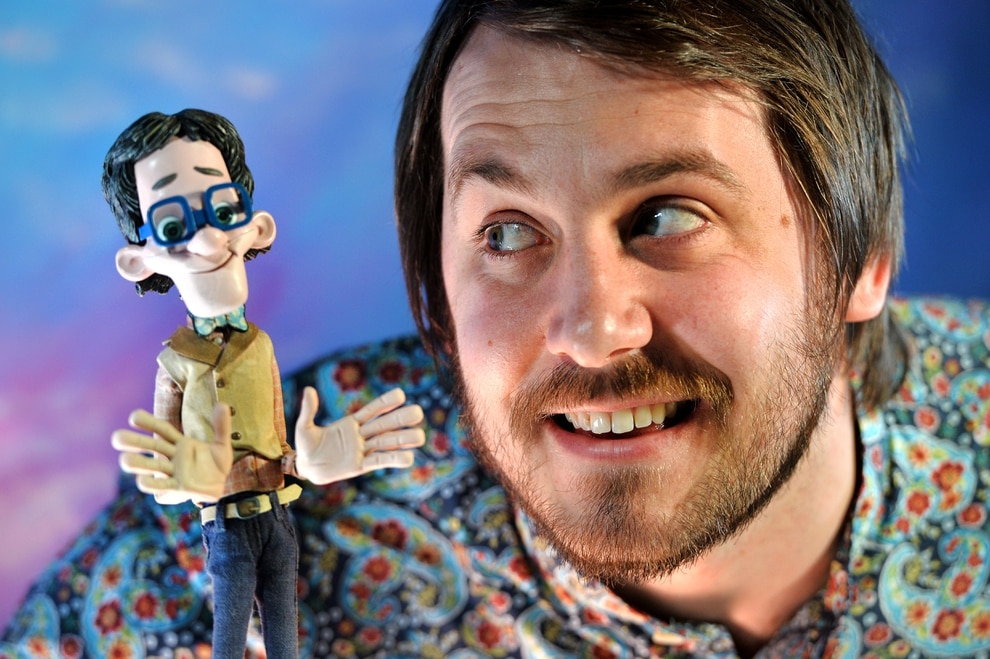 Drew pictured with his own creation Bartholomew Yogart

A working class lad from Walsall, Drew had a normal upbringing in the Black Country but has gone onto make his name as an animator.

The 30-year-old said: “I had a nice regular upbringing in Walsall Wood, played football and played in nearby fields.

“My family were all tradespeople ­– my grandad was a coal miner, my dad was a plumber, my brother’s now a plumber and I don’t see what I do as widely different to that, I just do it on a more intricate scale.

“I’ve got a photo of when I was a child it’s of me and my brother, my brother is being smart and taking something apart and figuring it out, as that’s how his brain works and I’m there with an easel painting away in my onesie – before onesie’s were cool.”

As young teenager, like most boys his age, he wanted to be a footballer, but different to most early teens from Walsall, Drew wanted to be the next Walt Disney.

He would go onto study animation at university and progress through the ranks as a tea-making bin emptier into running his own studio although based in Digbeth, he’s called it Yamination Studios - a playful nod to the Black Country lingo.

A widely believed theory says spend 10,000 hours at any one skill and you’ll master it and despite Drew surpassing this amount of time on animation - regularly working 12 hour days, six days a week for a few seconds of footage – he believes talent plays a crucial role in honing a skill.

He added: “I tried playing keyboard and guitar when I was younger, but despite being passionate about music, it just didn’t come naturally to me and when that’s the case I don’t think you can master that skill. With drawing, I could do it with ease, I just had the gift.”

That gift of drawing soon translated into animation in his late teens, working as an assistant on Roald Dahl's, Fantastic Mr Fox, starring the voices of George Clooney and Meryl Streep.

After making commercials with Coca Cola, Cravendale and his own short film for Sky Arts, Drew has recently made a TV advert for Disney, which although he admits is a dream come true, he’s still keeping his feet firmly on the ground and looking to the future.

He added: “I want to go on to make TV series and feature films – like the stuff I grew up watching and was inspired by, I hope I can do the same for others.”

Crufts 2020: Full list of arena competitions, displays and times, plus other top events

Appeal to find escaped parrots caught up in heatwave gust

Be At One joins Young Women's Trust in new charity campaign