It was a right Royal affair on Saturday as a classic car show was held in the grounds of Ludstone Hall opened by two royal special guests. 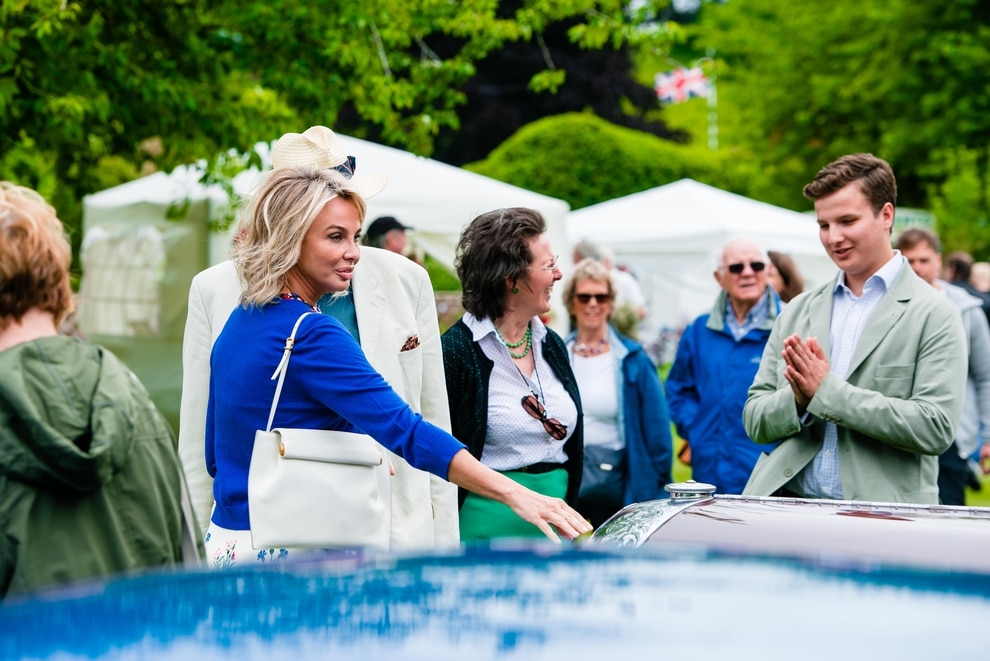 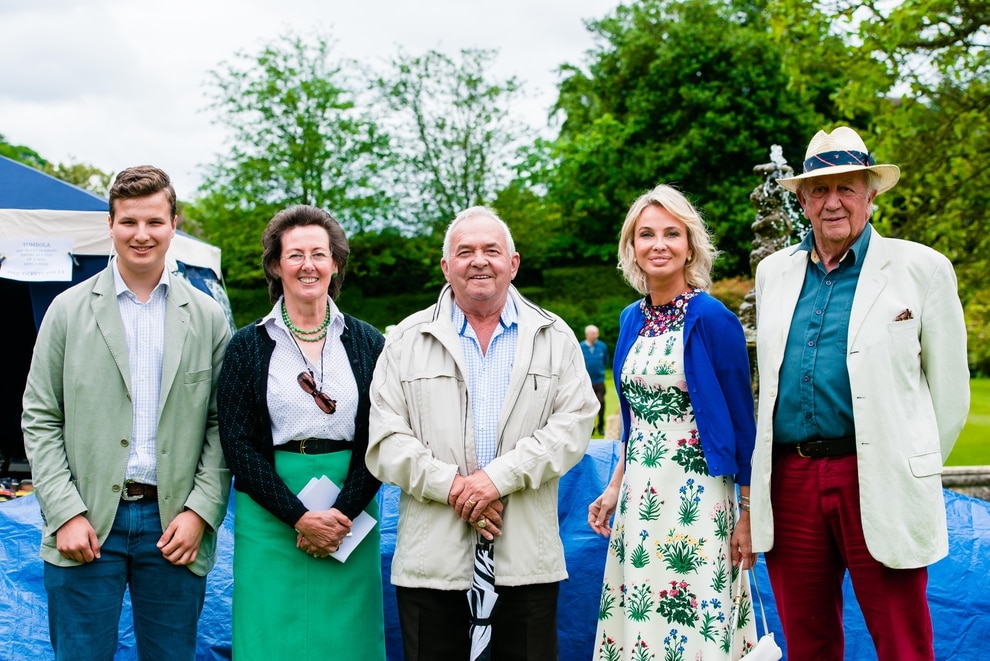 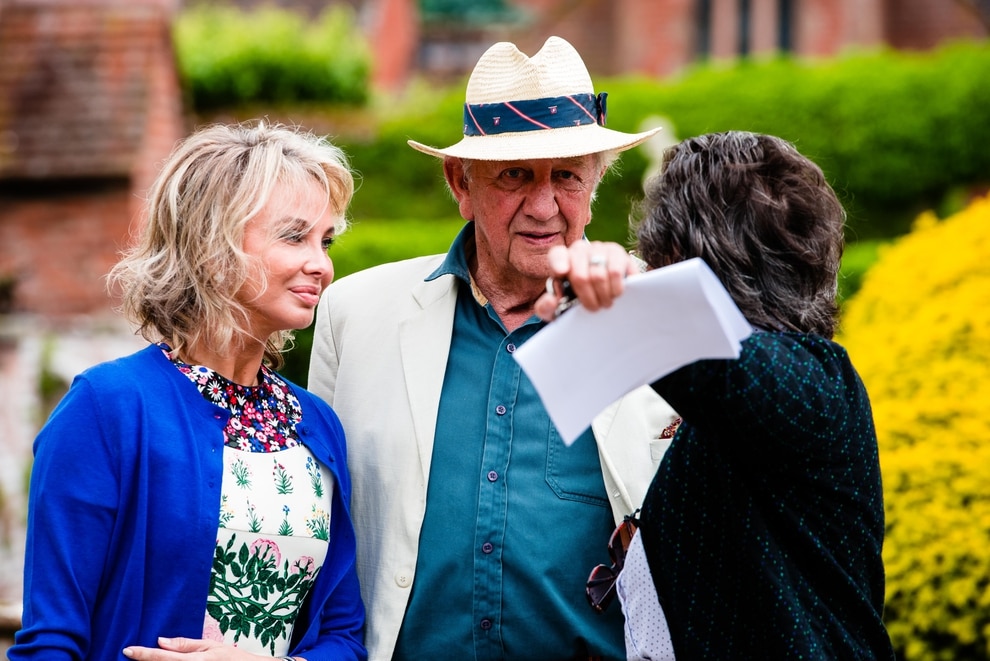 Les Hobbs from Wolverhampton with his Sunbeam Model9 1929 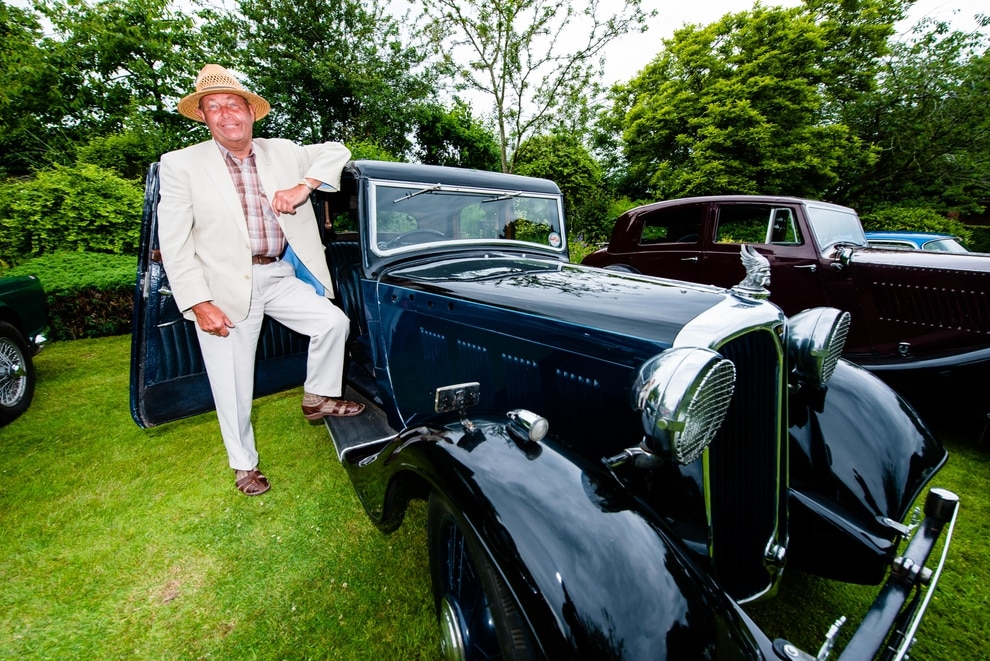 Geoff Salminen from Birmingham with his Rover 10 Sports Saloon 1933 Tony Hickling from West Midlands with his 1926 Bean 14 Bob Aldred from Leominster with his Riley Tourer 1931 The event, was of the annual open day at Ludstone Hall in Claverley, aimed at raising money for the parish church.

Speaking at the event, the Princess said: "We are so pleased to be with you here today to officially open the car show in aid of the local community."

"As we have recently moved to the area, we wanted to show our support to the community that has so warmly welcomed us.

"It is extremely important to us that we are here. We want to extend our thanks to all the people that have come out today - it seems it is very popular here already."

Bob Aledred, aged 71 of Leominster brought his Riley Alpine Tourer dating from 1931 to the show.

He said: "I've had this for three years. It's quite a rare car, I think there's only a dozen or so of them left - they made a tourer and a saloon model. This is the tourer.

"I got it from a showroom in Somerset and since then we've done regular shows. Last week we were at one in Abergavenny. I think the appeal of shows like this is that it brings the history of the car industry alive to people that may not have experienced it or known anything about it before."

Bean Cars were made by A Harper Sons & Bean Ltd at factories in Dudley, Worcestershire, and Coseley, Staffordshire.

Mr Hickling said: "This was originally just a chassis when it was sent from Tipton to Australia. In Australia it was bodied by Floods of Melbourne and returned to the UK in it's original condition.

"It hasn't been tampered with or messed about with - as it is today is how it would have been then."

Chris Read, aged 67, of Stourbridge, was displaying his Triumph TR2 1954. He said: "I think the West Midlands has a lot to be proud of in terms of its history and heritage in the motoring industry.

"This one was imported from the States and though the body was fine, the mechanics needed a lot of work.

"She was red originally too so she was worked on and repainted and now she thunders along very reliably."

Geoff Salminen, aged 65, of Harborne, Birmingham, was displaying his Rover 10 sports saloon dating from 1933. He said: "What shows such as this do is really bring families together and communicate through the generations about the history of the industry.

"This car was originally bought by a banker who lived in the Wirral and kept it until 1972 when he passed it to his nephew who kept it in barn storage. It came to me in 2003."

He bought one originally for just £30. He said: "Sunbeam still means quality to a lot of people and that really shows how the brand has stood the test of time. She still runs sweetly."

Ludstone Hall was bought by Poundland founder Keith Smith in 1997 who has been holding annual open events at the £2million mansion ever since.

Speaking of the day's festivities, Mr Smith said: "What we have here is a display that goes from the 1909 early models right through the ages.

"We have held events at the hall for 20 years. It is important that we raise money for the church and I've donated around 240 prizes to won by people taking part in the raffle.

"I think it's wonderful that the Princess and her son were able to join us and that the event is already proving to be so popular with people."

The hall is steeped in history, with the original building dating back to 1098. Today's hall was built in 1607.

Anthony Fenwick-Wilson, who organised the event, drove the royals in his classic Bentley to the hall. He said: "I'm delighted that the Princess Corrinna zu Sayn-Wittgenstein and her son Prince Alexander were able to attend and show their support to the community.

"It was an honour to have them with us and I'm glad that people were able to come along and enjoy the event in aid of the church."

Each year, the 400-year-old mansion is opened to visitors for one day, where they can explore its 10 acres of land and see its fishing pool and a moat and enjoy the fete.

The mansion also has a museum within the grounds which covers Mr Smith's rise from Hooties Cash and Carry in Bilston to the Poundland empire he created with his son, Steve, before selling up in 2012.

All proceeds from the event are to go to All Saints Church in Claverley.

Top pub crawls and ale trails in the Midlands and Shropshire