Monday. Quite possibly the worst day of the week. Back to work when you’ve just enjoyed a lovely, lazy weekend. A harsh dose of reality after two days bliss. Sound as a bell – The Bell in Belbroughton 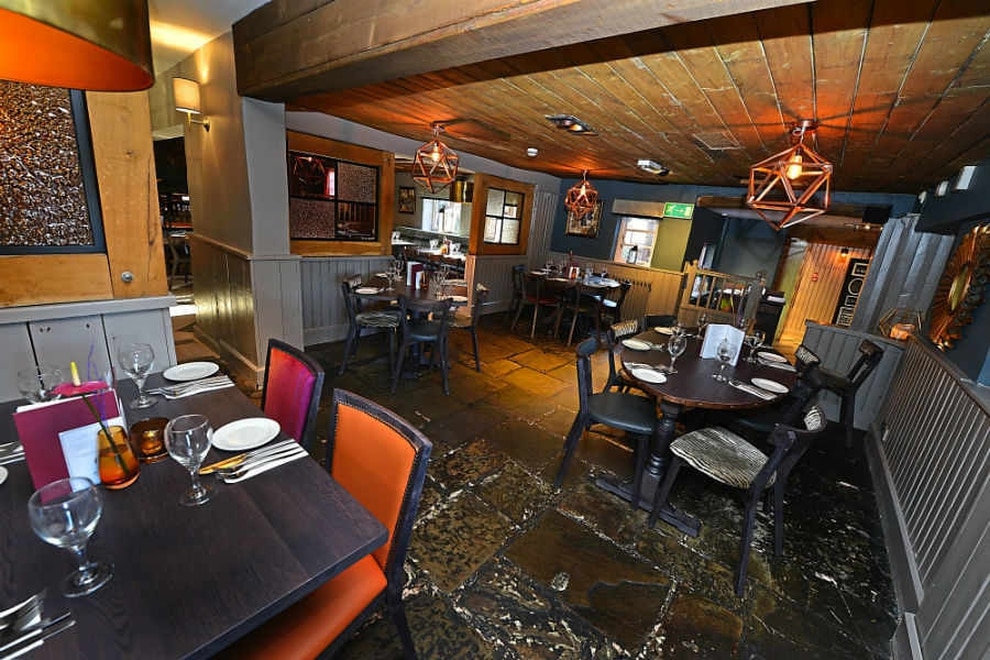 New look – inside is quirky and cosy 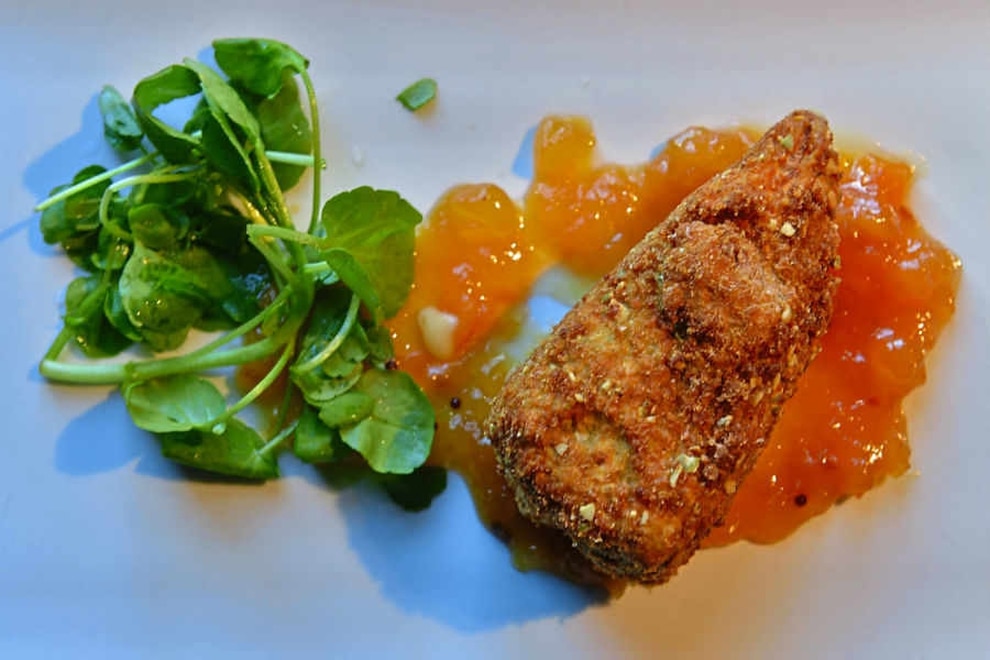 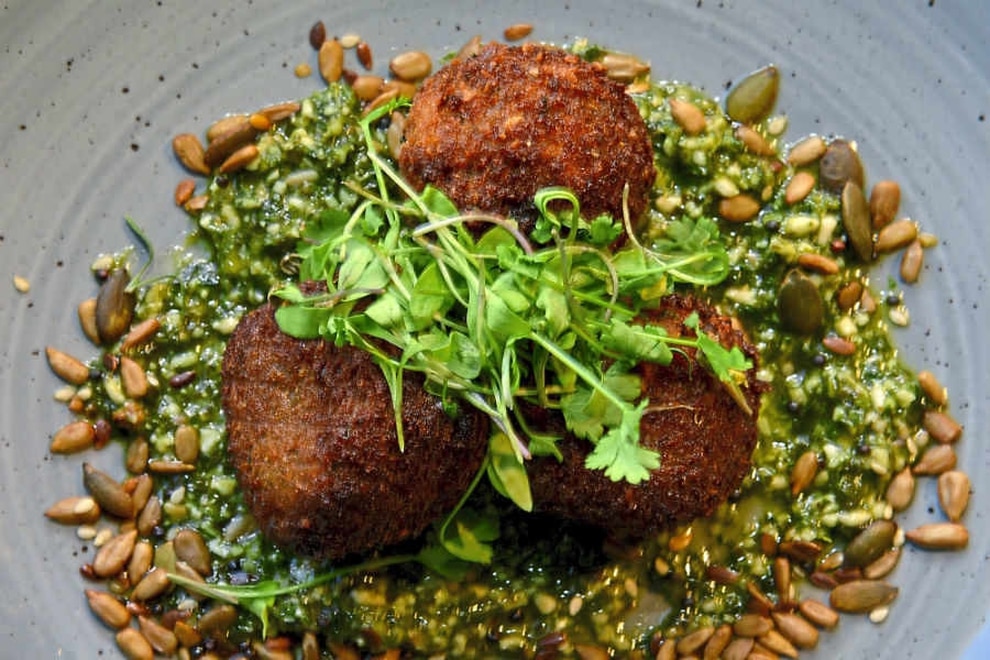 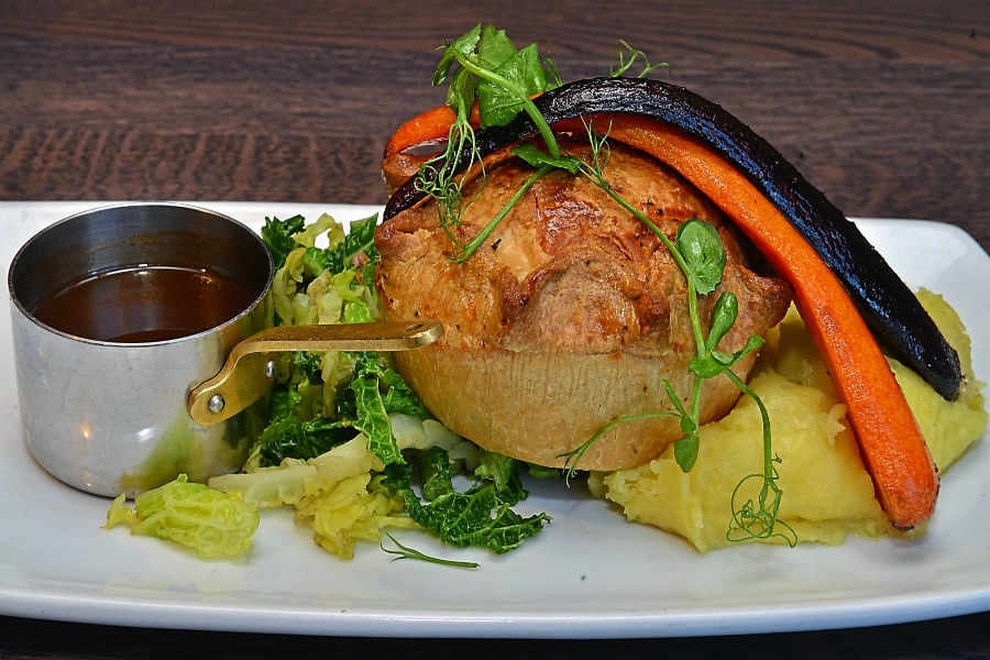 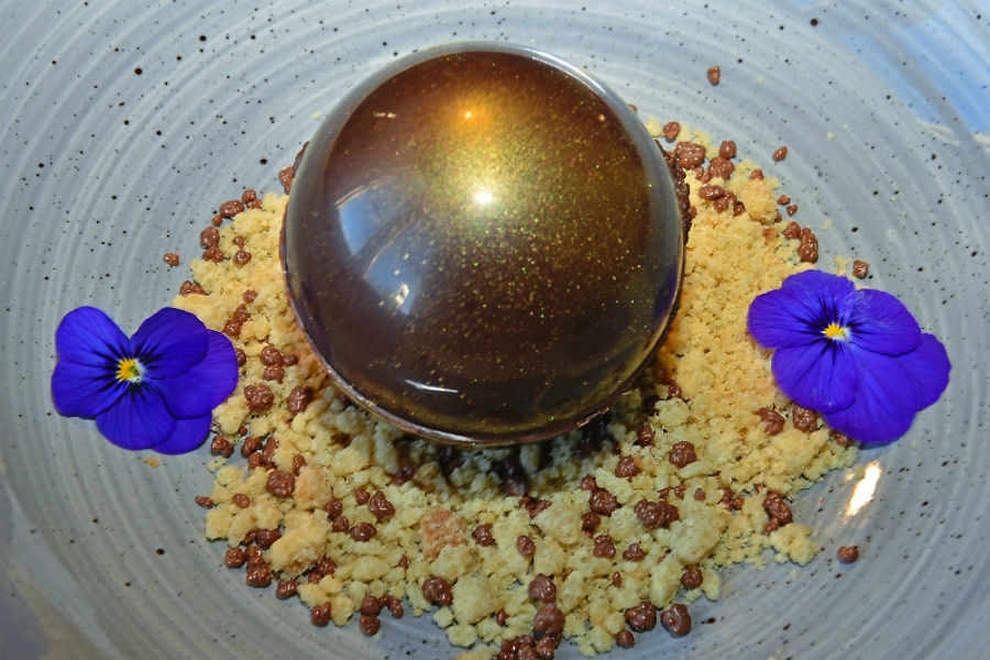 But on a cheeky day off, while the rest of the country began their nine-to-five, it was nice to know a leisurely lunch was imminent.

It seemed like a good idea to revisit a pub that was a four-star find 18 months ago and had not long reopened after a reviving revamp. It was a good decision and standards remain high, another four stars, and there would’ve been an extra half had there not been a salmon and spinach debacle – to be revealed in due course.

So on a rainy Monday just after midday we ventured to the warm and welcoming pub. It looked rather different to its old appearance, gone were the countrified and formal furnishings replaced with a fancy and modern eclectic mix of looks. Bright velvet seats were coupled with animal prints and plain bold colours. Metal lantern lights and huge light shades hung above our heads.

We were greeted by a girl behind the bar who alerted a waitress, Amy, who gave us the choice of where to sit. She was bright and bubbly and very helpful. She was attentive without being in your face and polite too. Good service can make all the difference and she really shone.

The menu has a great deal of choice which should satisfy the fussiest of eaters. It also has a fair few imaginative dishes which aren’t your usual pub grub. Stand out options include something that’s all the rage at the moment – a Wagyu burger; ther’s also a fisherman’s platter starter including Sloe gin smoked salmon with salmon caviar and crayfish cocktail in bloody Mary ketchup; for veggies there’s a roasted winter vegetable tart stuffed with butternut squash, beetroot and Cropwell Bishop custard with a Stilton and walnut crumb; and also a buttermilk Southern Fried chicken stuffed with ‘nduja sausage, with sweet potato fries, apple salad and preserved lemon aioli.

There are plenty of other simpler options too, sandwiches if you fancy a lighter bite, pizzas, pasta, salads and loads of meat and fish dishes.

We decided to go all out and have three courses and after much deliberation we finally made our decisions.

My other half went for the deep-fried Somerset Brie in panko breadcrumbs with apricot and cumin chutney and I chose the Porcini Mushroom Arancini with lovage pesto.

As we quietly sipped on our drinks, a ‘fun and fruity’ pinot grigio rosé for me and a shandy for him, I took some time to check out the wine menu more fully. The Bell, it seems, has a well-stocked bar and wine cellar. There are loads to pick from and the wines are listed under some great headings such as timeless and classic, powerful and intense, elegant and refined along with subtle and sophisticated. There are sparkling options, Champagnes, Prosecco, ciders, cocktails, mocktails and quite a few gins available too. The perfect drinking hole.

Our starters arrived after a short time and we tucked in.

My three golden orbs of arancini were delightful. The perfect crunch gave way to a heady mix of earthy mushrooms, salty and sticky mozzarella and al dente rice. I couldn’t fault the dish. The lovage pesto was tantilising. Lovage, I have since discovered, is known as sea parsley. Its celery-like flavour complemented the tangy pesto perfectly and there was an additional crunch that came from a sprinkling of seeds, unusual but not unwelcome.

On the other side of the table was the Somerset Brie. It was a gooey splendour with stretchy strings of cheese going from plate to mouth. The breadcrumbs were not too fine nor too coarse giving the perfect level of crunch.

With plenty of head-nodding and sampling each other’s dishes across the table the starters were demolished hastily.

The pub was filling up fast which was rather surprising for a Monday lunchtime. As it had only recently re-opened we wondered if it was people checking out the new look and menu or word had already got out about how good it is.

The mains followed after a decent break. For him, hearty man food, a steak, ale and Portobello mushroom pie with mashed potato, heritage carrots and seasonal greens. For me a fish dish from the specials menu, oven-baked salmon on a bed of tomato and garlic linguine with wilted spinach. I don’t often get to eat fish (he doesn’t like it) so I was looking forward to getting my fix.

We had speculated over the pastry to pie filling ratio that may come out. I like loads of filling in a dish with only a pastry lid. He prefers the filling to be encased in pastry and topped off with a lid. Lucky him. A lovely shortcrust pastry pie appeared with a good helping of mashed potato and veg.

My salmon looked delicious with a gorgeously crispy skin resting on the linguine. Immediately I noticed the absence of the wilted spinach. Boo. I tucked in, keeping an eye out for Amy so I could request my full meal as described on the menu.

I cut into the salmon and began to eat. There was a bone. I extricated it from my mouth. I ploughed on. Bone number two. I kept my fingers crossed there were no more. The fish was slightly slimy and when I poked my fork further into the flesh I could see it wasn’t cooked as it still appeared to be translucent. My stomach turned. We managed to flag down Amy and explain the predicament. She apologised profusely and with no fuss she took away both meals. After a little wait they were returned to us. My other half had fresh potato but it was still the same pie with a couple of mouthfuls missing. My salmon was back with spinach. Hurrah. It was cooked perfectly, the fish was succulent and moist, flaking nicely as I cut into it.

The flavour of the tomato and the garlic in the linguine, which was cooked as pasta should be, was subtle but fresh and worked well with the fish.

The way the situation was handled and the quality of the fresh meals more than made up for the initial disappointment.

The pie was a success too, with the pastry getting top marks for its melt-in-the-mouth texture and the filling full of meaty chunks that were flavoursome with good seasoning.

Despite feeling quite full we weren’t leaving without sampling dessert. I wanted something lighter as I didn’t want to end up feeling stuffed so went for the ‘200 calories or less’ option. This was strawberries and frozen natural yoghurt with honey ripple and rhubarb and rose flavour curd. It sounded refreshing and also the curd a little intriguing.

He went for something chocolatey, the melting golden chocolate bomb with caramel ice cream, chocolate popping candy and hot Devon cream toffee sauce. A bit of a twist on a typical chocolate dessert.

Mine was just what I wanted. The sweet juicy strawberries made me feel virtuous after my wine and two previous courses. The honey ripple frozen natural yoghurt was unusual but had a nice syrupy refreshing flavour but the stand-out was the rhubarb and rose curd. It was fragrant, tart and homely taking me back to family Sunday lunches with a homemade crumble for pudding. I wish there could’ve been more of it but that’s the price you pay for a low-calorie option!

The melting golden chocolate bomb was like something out of Willy Wonka’s Chocolate Factory. It arrived at the table and Amy dutifully poured the toffee sauce over the chocolate orb. The chocolate began to melt and there was a faint sound of popping, and as my boyfriend bit into it he could feel the candy popping away inside his mouth. This lasted long after he’d finished eating. The caramel ice cream was a nice and cooling contrast to the warm sauce too. It was on the pricey side (£7.95) but worth it for the fun factor.

Despite the minor hiccup with the salmon it was a truly wonderful meal. Warm, cosy and friendly, The Bell has really upped its game offering some inventive food in comfortable and relaxing surroundings. We left with great big grins on our faces, full bellies and made a promise to return as soon as we possibly could!