Swords clashed and war cries sounded out as a school played host to the re-enactment of a historic battle.

Some 1106 years ago, the Anglo Saxons defeated the Danes of Northumberland on the field of Woden – now known as Wednesfield.

During The Battle of Wodensfield, also called The Battle of Tettenhall, thousands of Vikings lost their lives in what was a big victory for the Saxons. 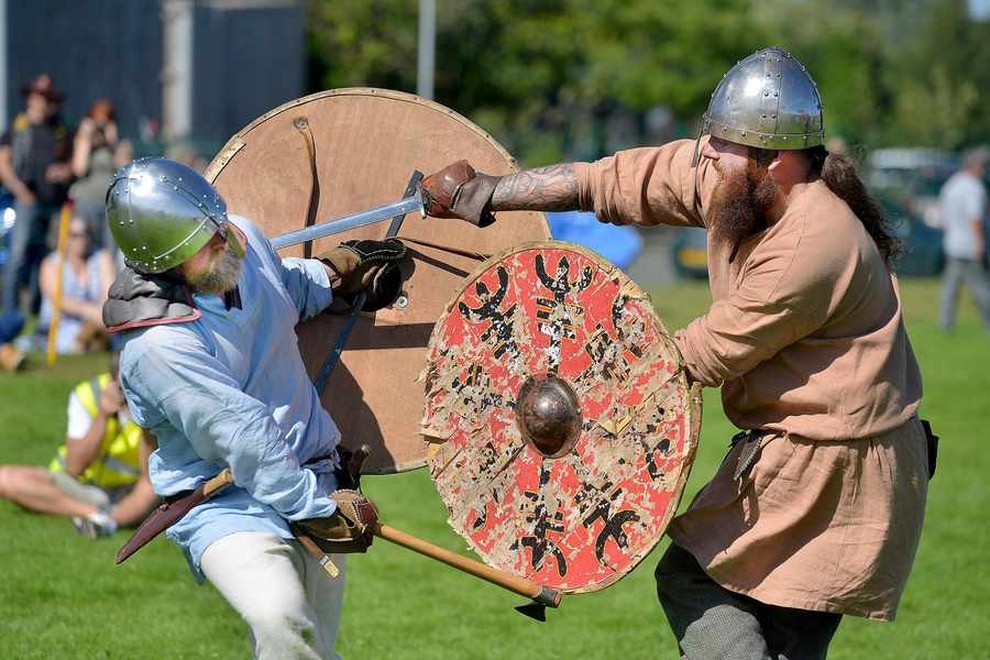 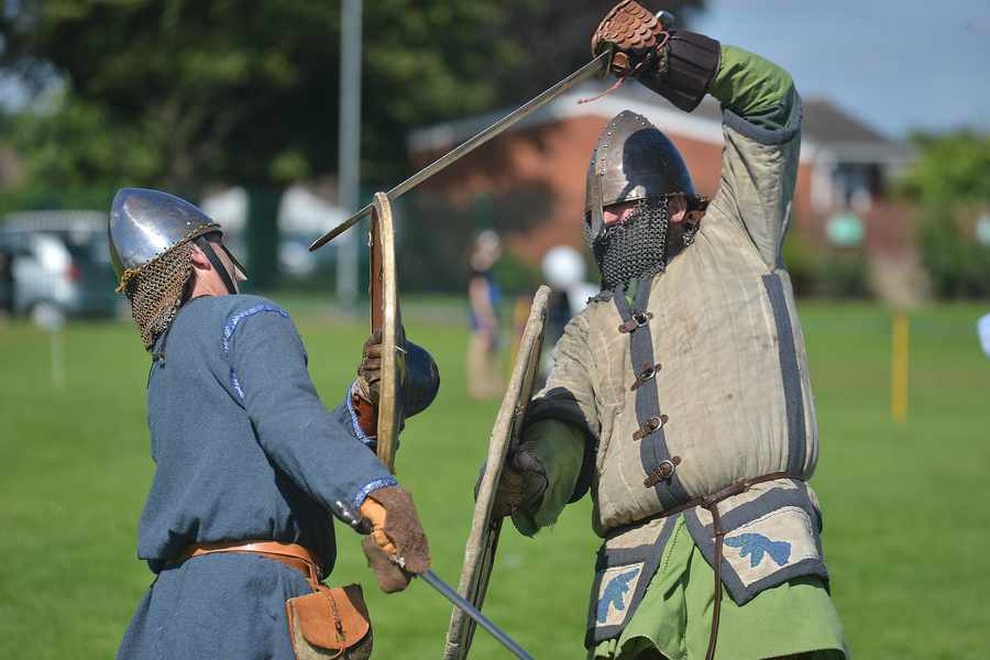 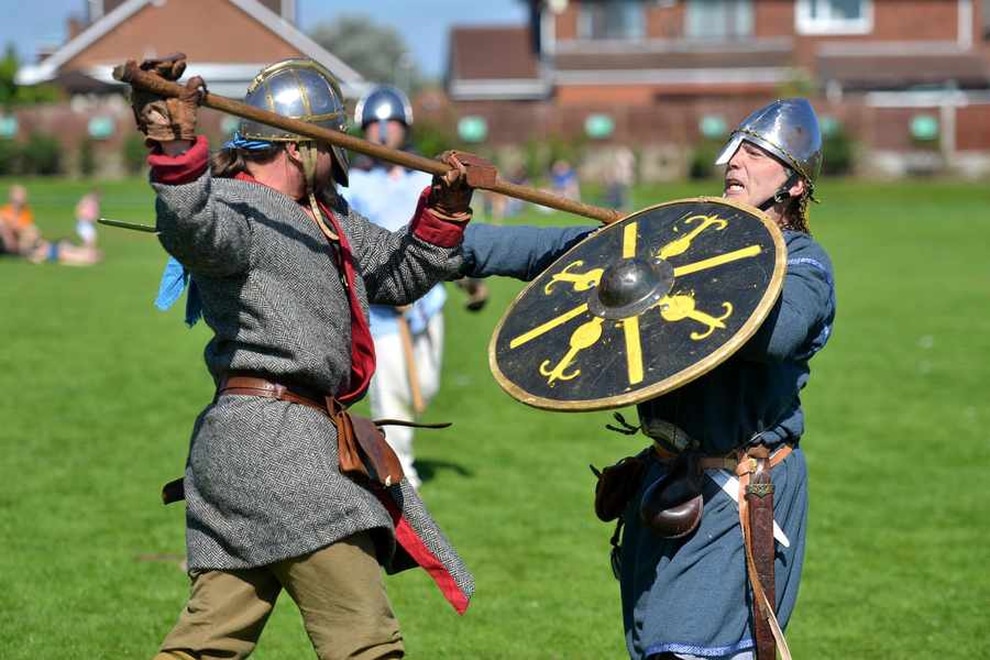 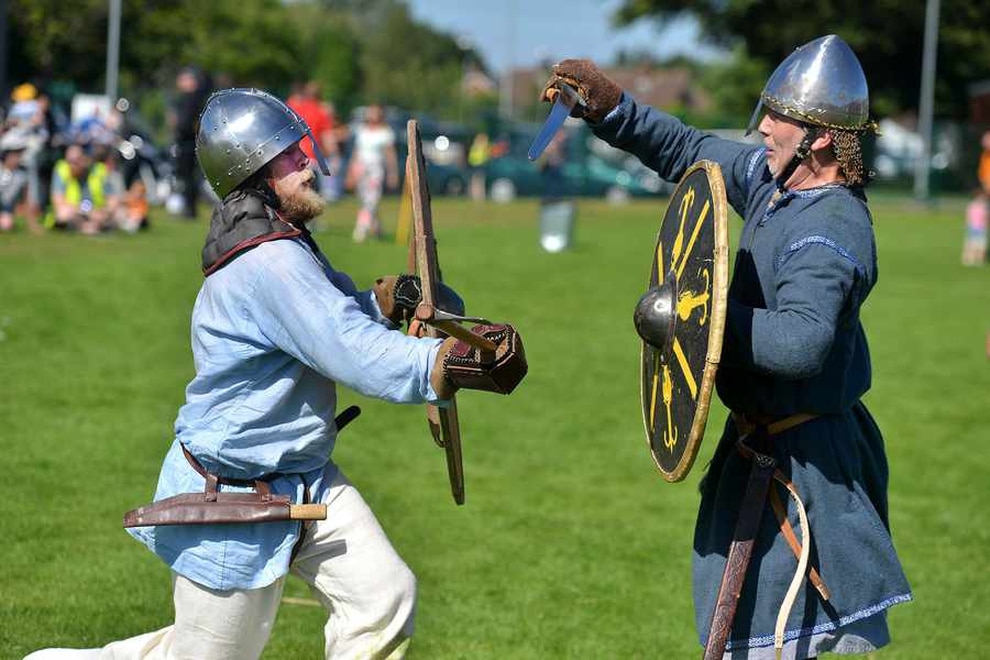 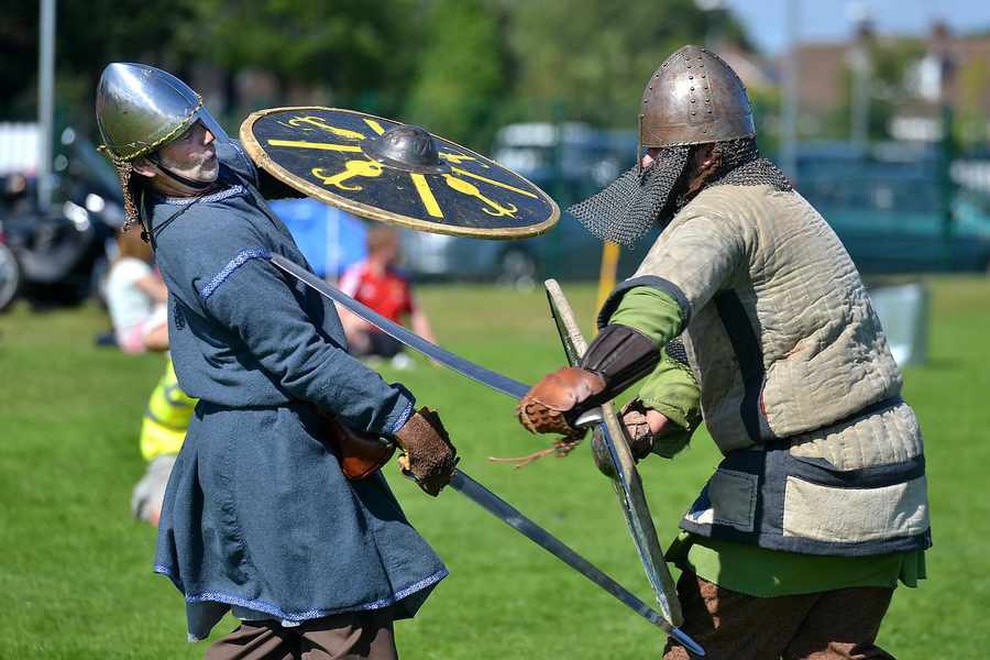 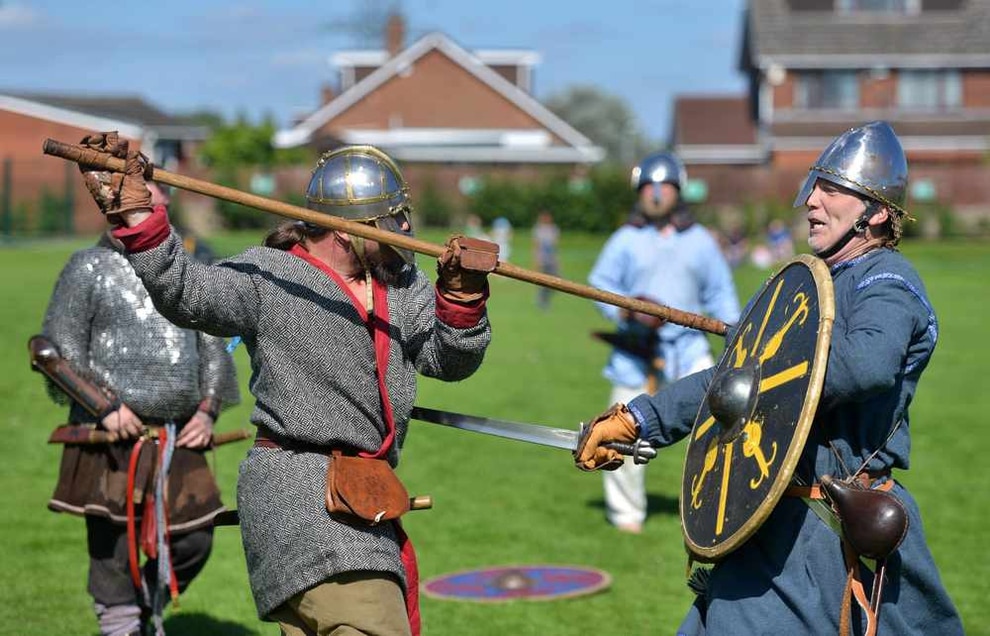 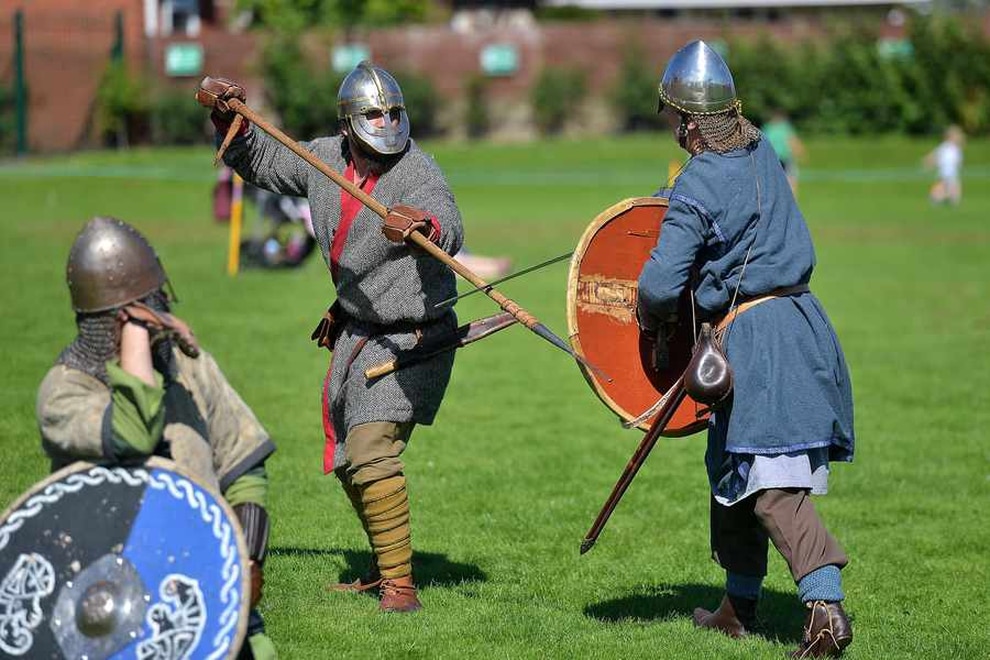 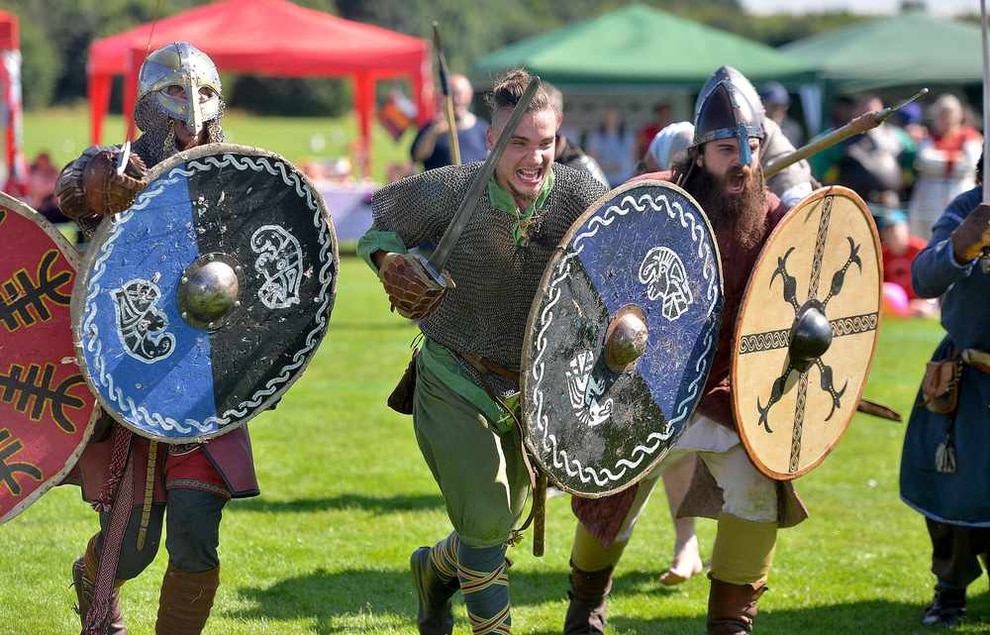 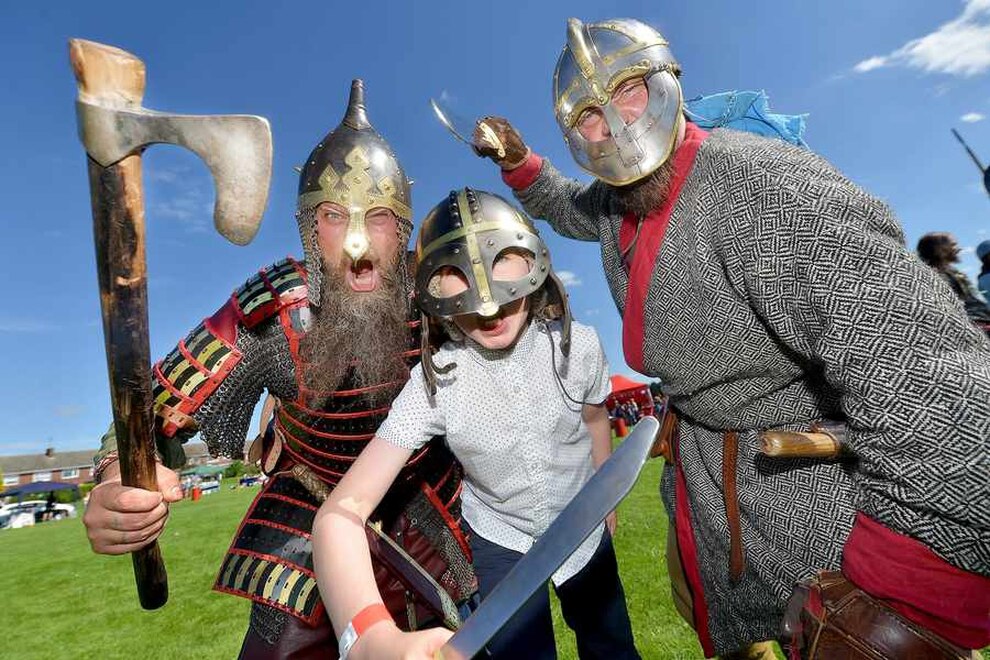 This was a significant win, coming some 40 years after the Battle of Hastings, as Anglo Saxons forces were dwindling. To mark the historic occasion, an historical re-enactment of The Battle of Wodensfield took place at Wednesfiled High School on Saturday.

The event was opened by Wolverhampton mayor, Barry Findlay, as a variety of history-inspired activities took over the high school.

A Saxon village was on display, with food stalls including hog roast, arts and crafts stalls, face painting and a football tournament.

Wednesfield councillor Phil Bateman, who has previously led the calls for the historic battle to be commemorated, said: "This was one of the greatest battles in British history, and we should be very proud of the part that Wednesfield had to play.

"The first written references to Wednesfield came in the Anglo Saxon chronicles where there is mention of a great battle at Wednesfield in which the Mercians and their allies inflicted a defeat on the Danes, leading to the effective end of their power.

"I am delighted we will be commemorating this hugely important event in our nation's history."

Jack Whitehall struggles to get going at Arena Birmingham - review