Take That's Jason Orange: His ascent from zero to hero

Fifteen years ago, Jason Orange thought he was finished.

Fifteen years ago, Jason Orange thought he was finished.

Take That had split, his attempts to broaden his horizons with an acting career had flopped – and he had the least amount of fan mail of all five bandmates.

So the young former breakdancer went back to college, enrolling at South Trafford College in Altrincham to study psychology, biology, history and sciences at A-Level, preparing for a career as a "normal" bloke.

Luckily for him, he didn't actually need any of that, with 2005's reunion launching him back into the pop stratosphere.

Still, it must be tough being one of the "less famous" members of Take That – that is, one of the ones who isn't Robbie, Gary or Mark.

You don't get to sing any of the good songs, and people get you confused with "the other one" who isn't as well known (yes, that's you, Howard).

Even your own dedicated band website can't be bothered to upload a bio for you.

But with rumours of star-studded trysts, an acting career and continued speculation over his sexuality, Orange really does have a story to tell of his own.

Born in Crumpsall, North Manchester, he started out as a member of breakdancing crew Street Machine, landing him a job as a dancer on late-80s TV show Hitman and Her hosted by Pete Waterman.

There, he met future bandmate Howard, who recommended him to Take That creator Nigel Martin-Smith after making it through the early auditions in 1989.

Trivia fans will be interested to know that during the 90s incarnation of Take That, Orange did not sing any lead vocals at all, on any of the tracks.

Realising this would probably not make a solo career easy, he is the only one who never even attempted a solo single, instead venturing on to the small screen.

He landed a role as DJ Brent Moyer in the Lynda La Plante thriller Killer Net in 1998, and performed in the stage production Gob by Jim Kenworth at The King's Head Theatre in London – but it never really went further than that.

Shortly afterwards, he announced he "couldn't stand" the audition process and quietly gave up.

He then took a tour of Europe and America lasting several months, before deciding it was time to get an education.

Things have, needless to say, taken a significant up-swing since then.

Not only is he back raking in the millions, he has actually been allowed to sing on some of the tracks, taking lead vocals on Wooden Boat from the Beautiful World album.

"It took me 17 years to do that," he joked after performing it live in Belfast during the 2007 Beautiful World tour.

He has since taken lead vocals on How Did It Come To This, from 2008's The Circus, and Flowerbed, a hidden bonus track on last year's post-Robbie album Progress.

He is also often seen these days playing guitar on stage, a skill he picked up while making number one hit Babe in 1993.

"Take That, for me, the first time, took from me. It gave me money, it gave me a standard of living, but it robbed me of my voice," he said in interview earlier this year.

"To come back as an older adult, on my guard a bit and wiser, we can all grow from that experience."

In contrast to many of his bandmates, Orange's personal life has always been something of a mystery.

Never married, and with no children, he was raised as a Mormon by his family, but renounced the faith when he was a teenager.

He attended South Manchester High School, which closed in August 1999, but left with no qualifications and instead got a job as an apprentice painter and decorator with Direct Works, the local council's repair and maintenance division.

He has remained steadfastly secretive about his love life, and aside from a few dubiously-sourced kiss and tells, he has never been publicly linked with anyone.

That is, aside from a much-debated possible tryst with superstar pop icon Lulu. They were first linked as the Scottish singer appeared as a guest vocalist on Relight My Fire in 1993, and she joined them on tour as the support act.

Bearing in mind Orange was only 23 compared to 45-year-old Lulu at this point, there was much hinting and tales of flirtations on both sides at the time.

Speculation was revived recently when in her autobiography, Lulu, now 57, said she had "felt like a teenager again" when she was with Take That but insisted she restrained herself – despite Jason's flirting.

After starting out as a backing dancer who couldn't really sing, who had to go back to college to try and get qualified for another job, he's done pretty well for himself.

Now, he's worth millions, followed around by screaming girls, and in the midst of yet another carnival spectacular of a tour.

So really being the "less famous" of one of the most successful, highly paid boy bands of all time isn't that bad after all. 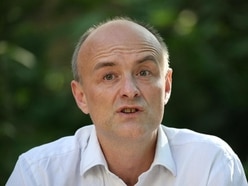 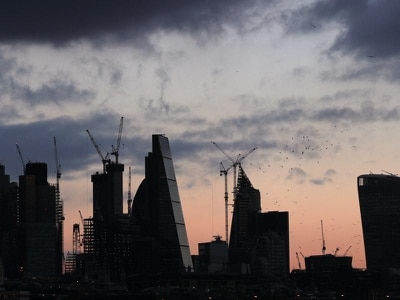