Should we scrap the Human Rights Act?

Vital protection against state abuse or the loophole through which criminals play the system - the Human Rights Act is one the hottest political potatoes of the next year.

The Tories are determined to use their majority in Parliament to scrap the Act, introduced by Labour, now they don't have the Liberal Democrats to hold them back.

But supporters of the act, including a raft of big name celebrities (actors Benedict Cumberbatch, Simon Callow and Vanessa Redgrave to name but three) warn we abandon it at our peril.

Here, we cut through the spin and the scaremongering and answer the key questions over whether we are better off with or without the Human Rights Act.

The Tories put plans to bring forward a British Bill of Rights, eventually replacing the Human Rights Act, in the Queen's Speech. It's going to take time to draft it.

The Human Rights Act is a product of European law. The Prime Minister wants something he says will be a fairer alternative and will fit modern-day Britain.

What's in the Human Rights Act?

It's pretty much the European Convention on Human Rights that was drawn up following the Second World War.

That listed 16 basic rights - right to life, right to a fair trial, right to freedom of expression etc. It was created to ensure the horrors of the 1940s would never be repeated and came about at a time when Josef Stalin was still in power in the Soviet Union, where people could be sent to gulags without trial.

The European Court of Human Rights in Strasbourg, France, applies the Convention and gives individuals the right to take their cases there.

That became expensive and long-winded.

Tony Blair's government drew up the Human Rights Act to incorporate the Convention into our own laws. It meant our own courts were able to pass judgement. But people could still sue in Strasbourg.

The Tories haven't been keen on the act for more than a decade. Their former leader Michael Howard first declared the party's intention to overhaul or scrap it in the 2005 election campaign.

He said the time had come to 'liberate the nation from the avalanche of political correctness, costly litigation, feeble justice, and culture of compensation running riot in Britain today and warning that the politically correct regime ushered in by Labour's enthusiastic adoption of human rights legislation has turned the age-old principle of fairness on its head.'

What critics on the right wing of politics became concerned about was how the act made it unlawful for a public body to act in a way that wasn't compatible with the Convention.

What are the criticisms?

Michael Howard cited various examples including 'the schoolboy arsonist allowed back into the classroom because enforcing discipline apparently denied his right to education; the convicted rapist given £4,000 compensation because his second appeal was delayed; the burglar given taxpayers' money to sue the man whose house he broke into; travellers who thumb their nose at the law allowed to stay on green belt sites they have occupied in defiance of planning laws'.

Although it should be pointed out the schoolboy Lord Howard was on about wasn't asking to go back to the classroom, he wanted compensation. And the claim was rejected anyway.

A more recent example of the 'abuse' of human rights was the radical Muslim cleric, Abu Qatada.

The British government spent years trying to extradite him to Jordan where he stood trial for (and was acquitted of) terror offences.

The legal battle spanned five years and cost £1.7 million. He argued that deporting him to Jordan was a breach of his human rights, because the evidence that was to be used against him may have been obtained through torture.

There have been other examples highlighted by critics.

Congolese asylum seeker William Danga was jailed for 10 years for raping a 16-year-old girl. He raped and molested two young girls while fighting deportation after his release, and is now serving a 15-year sentence. But he used the fact he has two children to argue he should be allowed to stay in Britain.

Mustafa Abdullahi, a Somali, was jailed for holding a knife to a pregnant woman's throat as he attacked her.

Immigration judges declined to deport him because it would have breached his right to family life. He does not have children but his mother and other family members live in the UK.

In 2006 Tony Blair complained that a judgement about a group of Afghans who had hijacked a plane was an 'abuse of common sense'. The judgement was later upheld on appeal.

What are the arguments for keeping it?

Shami Chakrabarti from Liberty calls the plans to axe the act the 'gravest threat to freedom in Britain since the Second World War'.

Benedict Cumberbatch says: "It's not for politicians to pick and choose when human rights apply. Repealing it will mean less protection against state abuse or neglect, and weaken the rights of every single one of us – and the vulnerable most of all."

What has it done for people?

The human rights group Amnesty International says the Human Rights Act helped a woman and her children find a safe home after leaving an abusive husband. Social services had told her she was an unfit parent because she made the family intentionally homeless and were going to take her children into care. She argued this was a violation of her human rights and the family stayed together.

The group also says the act and the original Convention have helped advance civil rights. They enshrine the right to be treated as equals regardless of gender, sexuality, race or age.

Amnesty also says the act has helped stop the authorities holding fingerprints and DNA information of people who had not been charged or convicted of a crime.

A million innocent people were said to be on the database, a fifth of the total.

But even with the Human Rights Act, it still ended up going to Strasbourg as UK law lords defended the police's right to hold the information.

David Cameron has charged his justice secretary and Lord Chancellor Michael Gove with drawing up a new British Bill of Rights.

Although the Tories are not currently planning to withdraw from the European Court of Human Rights, the Prime Minister does want to 'break the formal link' between it and the British courts and stop its decisions resulting in changes in UK law.

That said, supporters of the existing act say it's clear British courts are not required to follow blindly the decisions of the European court, just to take account of them.

The European court has ruled four times on the rights of prisoners to vote and they still do not have it.

The UK's Supreme Court would decide on matters of human rights. But Britain would still be bound by the European court's decisions as it would still be signed up to the Convention.

The main differences include a 'clearer test in how some of the inalienable rights apply to cases of deportation and other removal of persons from the United Kingdom'.

They also want to clarify the limitations on rights. So, for example, a foreign national who kills someone won't be able to use their 'right to a family and private life' as an excuse to get out of deportation.

It will also limit the use of human rights laws to 'the most serious cases'.

That means they would only be used where an individual's liberty, right to property 'and similar serious matters' are affected.

David Cameron has not ruled out withdrawing from the European Convention on Human Rights either. 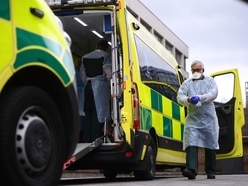 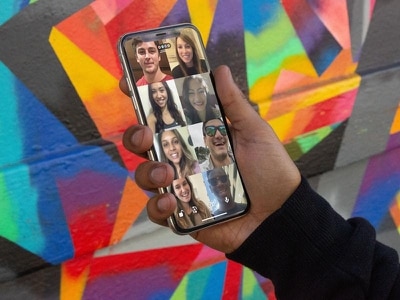 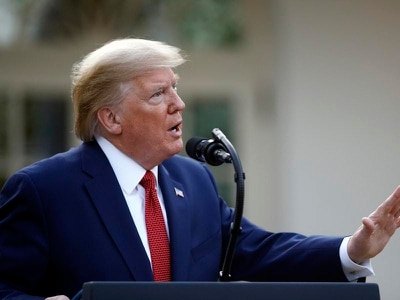